The following text was contributed by the Government of Hungary July 10, 2012.

Hungary joined the Open Government Partnership in 2012 and regards its participation in this global partnership initiative as an opportunity, which strengthens and completes Hungary’s efforts to create an open and at the same time effective governance.

Many of the commitments made, were initially recommended by civil organizations. The commitments are a part of a comprehensive anti-corruption program launched in 2012 entitled Corruption Prevention Program in Public Administration. This puts the commitments into a broad strategic framework, ensuring the necessary financial and organizational background for the implementation and the harmony with other related measures adopted by the Government. Hungary’s commitments on open governance are primarily linked to the improvement of the integrity of public administration agencies but they also touch on the fields of improving the quality of public services and improving the efficiency of using community resources.

The Ministry of Public Administration and Justice supporting the effective implementation of the OGP commitments holds in-person consultations with the civil organizations and experts regularly on a monthly basis. These monthly consultations give an opportunity to civil stakeholders to get up-to-date and accurate information, articulate their opinion and provide the Ministry with further suggestions. 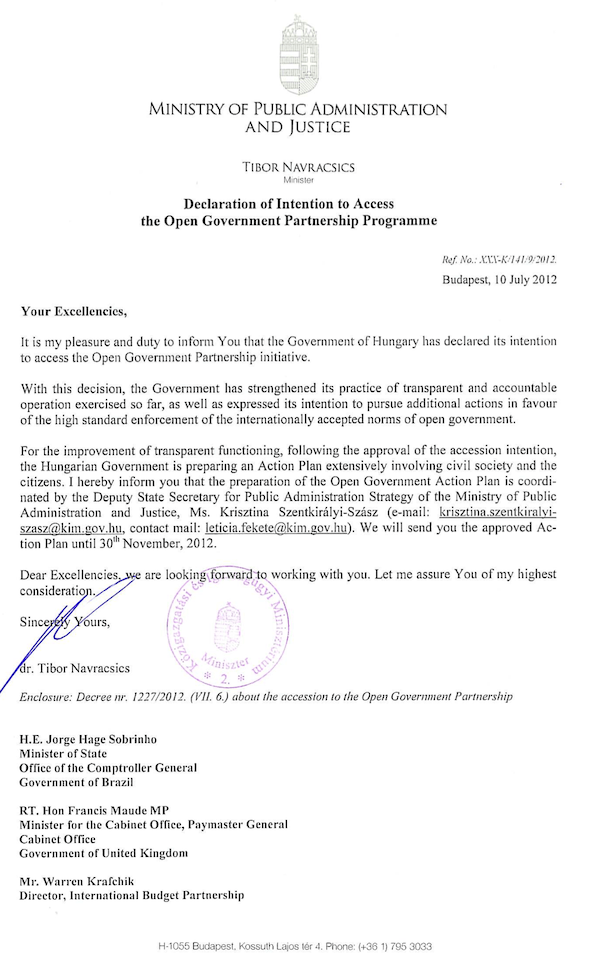