Economic Advisor to the President

Born and raised in the Seychelles, Bertrand graduated with First Class Honours from a Masters degree in Chemical Engineering in Manchester, England.  He started his professional life in the Ministry of Finance of Seychelles just before the country started on an IMF reform program.  Bertrand worked on a number of projects during the reforms including the design and implementation of a new social welfare system to facilitate a floating of the exchange rate and abolition of universal subsidies; the creation of a new revenue forecasting unit within the Ministry of Finance for better budgeting; and the implementation of a PPP, with heavy domestic private investment, to lay the only submarine fibre optic cable between Seychelles and the African coast.

In 2013, at which point he had gradually moved up to the post of Principal Secretary for Economic Policy and Planning, he obtained a scholarship from the Harvard Kennedy School of Government graduating with a Masters in Public Administration in International Development (MPAID) in June 2015.  During his time at Harvard he was one of the main contributors to a book entitled Africa on the Move: Unlocking the Potential of Small Middle-Income States published by the International Monetary Fund in January 2016.  Bertrand is now back in Seychelles and is working as the Economic Advisor to the President. 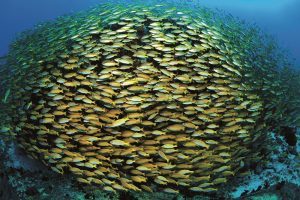 Transparency in Fisheries: A Clear Way Ahead for Seychelles

With the future of the world‘s fisheries seriously threatened, the Seychelles is leading the way in increasing the credibility and quality of national fisheries information.