Helen Clark is a global leader on sustainable development, gender equality and international co-operation. She was Prime Minister of New Zealand from 1999-2008 and served as the Administrator of the United Nations Development Program (UNDP) from 2009-2017. She is an active member of several global organizations, including the Extractive Industries Transparency Initiative (EITI), where she serves as Chair of the Board, and Chatham House, where she serves as President.

Helen Clark became the Administrator of the United Nations Development Program in April 2009 and the Chair of the United Nations Development Group, a committee consisting of the heads of all UN funds, programmes and departments working on development issues. She was the first woman to assume these positions, which she held for a full two terms and eight years before standing down in April 2017.

Helen Clark’s tenure coincided with a period of increased worldwide volatility, which included the aftermath of the financial crisis, uprisings in the Arab States’ region, increasing extreme weather events and disasters, and a growth in the number of deadly conflicts and the associated forced displacement crises.

Helen Clark refocused and reformed UNDP into a more transparent, efficient, and accountable organization which could better respond to the new environment while also ensuring that it kept its long term focus on human and sustainable development.

Helen Clark is a champion of inclusive and sustainable development. She has ensured that UNDP’s work on poverty eradication is closely linked with its governance and environmental portfolios. She has advocated for the full inclusion and empowerment of women in development – and within UNDP itself where during her tenure the ratio of women to men reached fifty percent.

Helen Clark advocates for sexual reproductive health and rights, an end to violence against women and for LGBTQIA+ rights. She has long advocated for those living with HIV and AIDS, and for effective prevention and treatment. At UNDP Helen Clark became known as an early adopter of social media platforms, speaking directly to the public and being ranked as the UN’s most influential leader on social media.

Prior to her appointment with UNDP, Helen Clark was the first woman elected as Prime Minister of New Zealand, serving three successive terms from 1999 to 2008.  Throughout her tenure as Prime Minister, she engaged widely in policy development and advocacy across the international, economic, social, environmental, and cultural spheres. Under her leadership, New Zealand achieved significant economic growth, low levels of unemployment, and high levels of investment in education, health, and the well-being of families and older citizens. She and her government prioritized reconciliation and the settlement of historical grievances with indigenous people, and the development of an inclusive multicultural and multi-faith society. She advocated strongly for New Zealand’s comprehensive programme on sustainability, including on addressing climate change.

Helen Clark came to the role of Prime Minister after an extensive parliamentary and ministerial career. First elected to Parliament in 1981, Clark was re-elected to her multicultural, inner city Auckland constituency for the tenth time in November 2008. Between 1987 and 1990, she was a Minister responsible for first, the portfolios of Conservation and Housing, and then Health and Labour. She was Deputy Prime Minister between 1989 and 1990, Deputy Leader of the Opposition and of the New Zealand Labour Party from 1990 to 1993, and then Leader of the Opposition and of the Labour Party until becoming Prime Minister after the 1999 General Election.

Helen Clark has been an OGP Ambassador since October 2017. 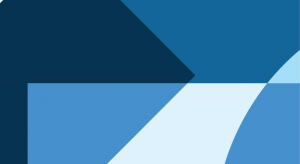 Statement from the EITI Board Chair and Open Government Partnership Ambassador, Rt Hon. Helen Clark, on the situation in Ukraine

On behalf of the EITI, I express our strong solidarity with our Ukrainian colleagues and stakeholders. We stand with them and offer our firm support during these dreadful times. We share their values and applaud their courage in upholding open government and transparency in the face of unjustified foreign aggression.