Veronica Cretu served as a civil society member of the OGP Steering Committee from 2013-2016.

With MA in Contemporary Diplomacy from University of Malta, Veronica is very much involved in the implementation and promotion of the principles of open government, open data, open education, ICT4D, transparency, citizen-engagement and participation in policy making both nationally and internationally.

Veronica served on important international committees and boards among which: Internet Governance Forum Multistakeholder Advisory Group (MAG) under UN Secretary General; member of the Nominating Committee of ICANN (Internet Corporation for Assigned Names and Numbering) and member of the ICANN’s At large advisory committee. She was a member of the selection committee for the Coordination Council on the implementation of the Open Government Partnership initiative in Ukraine earlier this year.

Her other areas of expertise include critical thinking methodology, gender equality, community development, strategic planning. Veronica works closely with the World Bank, Council of Europe, UNDP Ukraine, Open Contracting Partnership (OCP), E-Governance Academy Estonia, and brings a rich experience of having worked in a number of countries around the globe among which Liberia, Turkey, Nepal, Ukraine, Azerbaijan, Armenia.

Open Government and OGP is not about change, it is all about transformation!

Originally posted on Veronica Cretu's blog. Whenever there is a conversation about public administration reform, open government or citizen engagement I can’t ‘pass by’ :)! I guess this is the kind of passion one has for life, as once you… 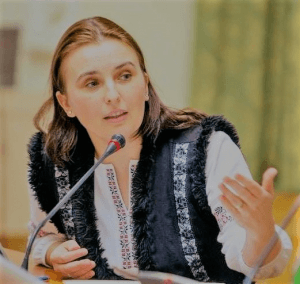 What got you personally involved in open government? What in your background inspired you to work in this field? I guess there is no one single answer to this, rather, there are different experiences, stories, hopes and dreams that have…