Beyond Laws: a Democratic Culture of Trust

The protection of the public’s right to access information has been one of the greatest achievements of our democracies in the past decade. In Latin America, many countries have passed laws or regulations to protect the right to information, under the expectation that more transparency will increase the accountability of the public sector and facilitate social control from civil society, creating a virtuous cycle to build trust and reduce power asymmetries between citizens and authorities. In Chile, our organization’s research shows that those with knowledge of access to information regulation show statistically significant higher levels of trust in the public sector. 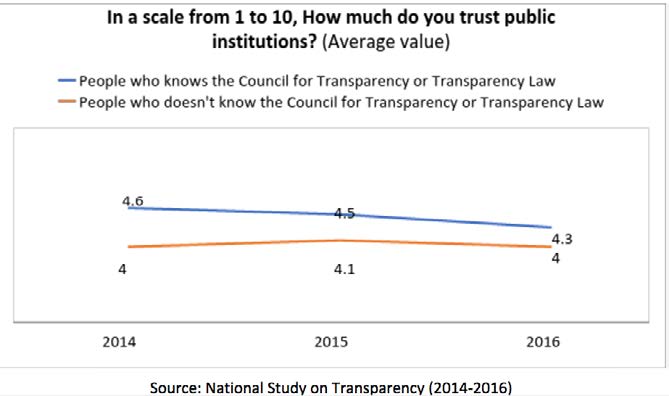 The changes propelled by the establishment of Active Transparency – including lowering the resistance of public servants to publicize information they used to consider personal, such as their income and responsibilities – have been developed along with the evolution of information technologies, as well as the extension of their use among the population, shifting the way we conceive the efforts regarding public transparency. Now, after 10 years of continuous expansion of the public’s right to access information, no one thinks about a transparency or accountability mechanism without the use of online platforms granting universal and free access to that information. The fact that information technologies are included on the legislation corps as a way to implement access to information laws has created a solid base that inspires complementary efforts to build stronger accountability mechanisms. This is the case of the Lobby Act, approved in Chile in 2014, and the Probity and Conflict of Interest Prevention Act, approved in 2016. In both cases, the use of Information Technologies to actively publicize information regarding the authorities’ activities has been a main component of the legal changes. Thus, these reforms can be understood as an extension of Active Transparency to new fields, but under the same premise: grant universal and unrestricted access to anyone, anywhere, at any time, to the information that allows general and specialized audiences to know more, follow and keep track of the relationships, resources and contacts of political authorities.

The Lobby Act, which was a commitment in Chile’s first OGP National Action Plan, gives the public access to information on the number of meetings, trips and donations that government officials are obligated by law to report, both in aggregate and by public agency, including provisions for sanctions and fines. But one of the elements of this laws’ future success will be more training for public officials. According to our National Study of Functionaries, the democratic values and principles associated with reforms oriented to increasing transparency, accountability and modernization processes – are unknown or not well-understood by public servants, especially those in lower level positions. These officials often hold positions attending the public and receiving information requests, which means their lack of knowledge and understanding can limit the citizens’ ability to fully exercise their rights. It implies that along with transparency reforms more serious efforts need to be made to train public servants in the structures of the bureaucratic system.

Similar challenges are faced by the general public, where there is a pronounced lack of knowledge and understanding of the norms, mechanisms and obligations associated with these institutional efforts, as well as a strong and growing skepticism about their potential to increase accountability or prevent corruption.

Governments and authorities should become the main promoters of efforts to strengthen transparency and accountability, showing their commitment through their actions and decisions. As Yang (2005) stated “it is more an imperative for administrators to serve as trust initiators, to initiate the process to restore and maintain the mutual trust between government and citizens”. 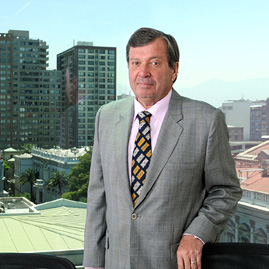 Jose Luis Santa Maria Zanartu point to evidence of how greater access to info can #RenewTrust in government http://bit.ly/2h2NdPI