With the spirit of government openness, more solutions were found together by the public and the government, which in turn helped increase public confidence in their interactions with governments

Prosperity in a region must come from justice and openness. Bojonegoro, as one of the Regional Governments in East Java, Indonesia, has long been known as a poor district. People’s dissatisfaction with government services and development outcomes is an accumulation of people’s distrust. The change of government in Bojonegoro in 2008 was the starting point for the transformation of people’s trust with the implementation of an open government. Where poverty, natural disasters and backwardness haunted its past, Bojonegoro rose by introducing unrestricted openness and problem driven management as the key to rebuilding public trust.

Working towards open communication, one of our first steps was “Public Dialogue”. It is held every Friday in Pendopo (a large, traditional Javanese pavilion) which is broadcast live through Government and private radio stations. The people of Bojonegoro directly convey their aspirations and criticism, engage in dialogue and mutual learning, and get real time responses from the government to their questions. These “Public Dialogues” encourage the emergence of innovative ideas and maintain the spirit of solving problems together. To secure sustainability of this process, we established a legal basis for this process in 2013.

This not only changes public behavior in contributing to policy formulation, but also changes the behavior of government officials in formulating policies. The collaboration of key stakeholders – academic, private entrepreneurs, government agencies, and the community – is key to the formulation of policies in open government. We termed this the “4Ds”: dialog, direct, distribute and digital.

Building on these strategies, Bojonegoro looked to the Open Government Partnership to further the path towards a more open and responsive government. Bojonegoro District, selected as one of the pioneers of open local government by OGP, reinforces the belief that open government can encourage community participation. The OGP Subnational Action Plan implemented by the Bojonegoro District includes reforms in (1) Data Revolution, (2) Strengthening Village Government Accountability, (3) Enhancing Local Budget Transparency System, (4) Strengthening Transparency of Contract Documents on Procurement of Goods and Services, (5) Improving the Quality of Public Services.

First, Bojonegoro’s efforts in data revolution provide an opportunity for the community to act as consumers and producers of data. To address the absence of basic social, economic, and demographic data, Bojonegoro developed the Dasa Wisma open data application. The application builds on a women-led community movement to collect village-level demographic and service data. For every 10 households (dasa wisma) in a village, a trained female civilian administrator enters data into the data application. CSO partners are developing a visual dashboard and incorporating all local data into the national data portal of Indonesia. These datasets will encompass a wide range of previously uncollected information, will be available through the Dasa Wisma website in reuseable, open formats, and will be used to better inform government service delivery and policymaking.

Second, the village, as the lowest community unit, is the beginning of democratic life. The community is given the flexibility to actively participate in the planning, implementation, monitoring, and evaluation of village administration. The publication of village budget usage and accountability has been implemented simply by installing a village budget billboard in a public area and posted on the village website.

Third, increasing the transparency of the local budget system is one of the ways Bojonegoro is building public confidence in government. A lack of transparency and public accessibility in the budget process of Bojonegoro villages had created an atmosphere of mistrust in the community. To address this, Bojonegoro committed to publishing the administration’s budget and accountability report, as well as village asset data, on the village website and on billboards. A Village Information Service Desk will also be created across 30 villages, accompanied by efforts to increase public participation throughout the budget cycle.

Fourth, strengthening the transparency of contract documents on procurement of goods and services can help combat corruption. Communities in Bojonegoro are involved in monitoring whether the procurement of goods and services is in accordance with the medium-term development planning document and has been included in the mechanism of regional development planning consultation, ensuring government expenditures are on track to support development outcomes. The public can monitor the contracts and report cases of incompatibility in the implementation, helping to increase their trust in the government procurement process.

Fifth, Bojonegoro has committed to improve the quality of public services by increasing ease of access to information, and facilitate citizen feedback on quality, and the government’s response to these complaints through the development of Public Service Standards. As such, we have focused on health services, licensing, and education as basic services and are committed to engaging the community in the development of service standards.

There have been real measurable results from this work towards increasing trust between the government and its people. Bojonegoro has increased economic growth by 94 percent, decreased poverty rates by 71 percent, and decreased unemployment by 90 percent. In 2017, Bojonegoro has broken from the curse of poverty, and is no longer among the 10 poorest areas in East Java. With the spirit of government openness, more solutions were found together by the public and the government, which in turn helped increase public confidence in their interactions with governments. 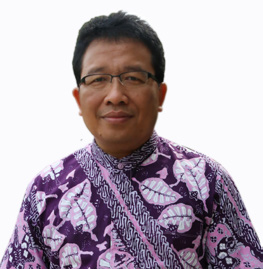