The pursuit of transparency also changes the way governments collect information and work with it.

In the late 18th century British philosopher and social theorist Jeremy Bentham designed an institutional form he dubbed the panopticon. The concept was to allow a watchman to observe all inmates in an institution — whether a prison, school or hospital — without them being able to recognize whether or not they were being watched. The panopticon soon became the symbol of our modern understanding of power, as control over dangerous individuals or groups. The 20th century’s famous anti-utopias — Huxley’s “Brave World,” Evgeny Zamyatin’s “We,” Orwell’s “1984” — are stories of transparent societies in which the government has the capacity of total control. Knowing everything is the government’s utopia of absolute power.

If the idea of the “naked” society is the dream of governments, the idea of a naked government and denuded corporations represents the wish-fulfillment of many democracy activists in the post-ideological age. The assumption is that, armed with the “right” information, people can keep governments accountable. Brandeis’s line that “sunlight is the best disinfectant” summarizes the philosophy of the transparency movement. The movement aims to build a reverse panopticon where it is not government that will monitor society but society that will monitor those in power. The totalitarian utopia of people spying for the government is now replaced by the progressive utopia of people spying on the government.

Transparency is the new political religion shared by a majority of civic activists and an increasing number of governments. The transparency movement embodies the hope that a combination of new technologies, publicly accessible data, and fresh activism can more effectively assist people to hold their representatives to account, which will lead to a re-building of trust in democratic institutions. Indeed, the advancement of the transparency movement in many areas has demonstrated impressive results. Governmental legislation that demanded companies disclose risks related to their products empowered customers and made life safer. Demand for disclosure has also transformed the relations between doctors and patients, and teachers and students. Now parents can more effectively decide which school to select for their children and patients have a greater capacity to keep doctors accountable.

But while the virtues of transparency are obvious, the risks should not be ignored.

The debate over WikiLeaks’ crusade against secrecy brings into full view the moral and security dimension of the problem.

As a rule, governments monitor people. When you make governments transparent you also reveal to the world those citizens who were monitored by the government. It is impossible to publish authentic documents without putting at risk government sources. And it is impossible to open state files without reading the information the state has collected about its citizens. The opening of secret police files in post-Communist countries is a classic example of the dilemmas behind any politics of disclosure. Will the knowledge about others produce moral catharsis in society or would it be used simply as “kompromat” in sordid power games? The answer is not obvious. The pursuit of transparency also changes the way governments collect information and work with it.

The Yale historian Timothy Snyder recently noted that Communist regimes were likely the last regimes where one could largely trust the information from the archives, as Communists were saving all their documentation to be able one day to write a grand, universal history of Communism. They never expected to enter any other court than the court of history and they were convinced they would be both witnesses and judges in this court’s hearing. Democratic governments these days think far less, if at all, about any court of history. Generally, they worry about everyday courts and memos are crafted with the expectation that they will help the institution survive when litigation ensues. When civil servants expect their secret cable to be read by the broader public they begin to write them in a way a former spy writes his memoirs — with the idea to promote and not to hurt the Agency.

At the moment when government information is designed to be immediately open to everybody, its value as information stands in decline and its value as an instrument of manipulating the public increases. Remember how gangsters in crime movies talk when they know that their rooms are bugged? They speak clearly and offer banalities, while at the same time exchanging secret notes under the table. This is how governments work in the age of transparency.

So, while the push for transparency is one of the most impressive political achievements of our time, what is disturbing is the growing hope that transparency alone will improve our societies and be enough to re-build trust in institutions. Dreaming for transparency we are “dreaming of systems so perfect so no one will need to be good.”

The brief story of modernity is of how the personal trust accumulated in traditional societies has been transformed into trust in impersonal institutions, and how people who used to trust their neighbors now trust strangers. But we will again need politicians who inspire trust if we want to overcome the current crisis. Transparency will not be enough. 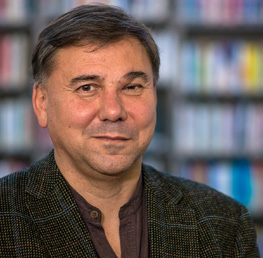 From Ivan Krastev: #opengov embodies the hope that a combo of tech, open data & activism #RenewTrust in government http://bit.ly/2xZokYi