Don’t Kill the Messengers (just give them some power)

If we allow those in government (not to be confused with those in power!) to act openly, to be honest, to admit the unknown and embrace the problematic, then they will be able to build the trust we’re desperately seeking, from the bottom-up.

Trust in institutions is an extension of trust in people. We trust a company, for instance, because our interactions with it have been successful, even when we don’t see the faces of the people behind those interactions.

Government is no different. We know the people on top (some we trust, some we don’t) and interact with those who answer emails, phones and over the counter (usually in the lower hierarchies). A few of us are lucky enough to have access to those at the highest levels of government.

The problem is most lower level bureaucrats only have a fraction of the power we think (or maybe wish?) they have. They’re bound by a system that’s designed to work top-down and is not adept at handling anything outside “business as usual”. Empathy might be there, but not the means to do something about it.

If I learnt something from working with public servants from very diverse parts of the world it is that when you break down the institutional posture, most of them have the same concerns and desire for improvement and positive change as those who demand that change from them. They are concerned citizens, like the rest of us. Exceptions aside (of course there are many of those) I’d bet most public servants would love to see the same things that frustrate the rest of us, fixed.

Many people say Open Government is about distribution of power. Maybe a good start would be to do it first within government, so that action is not confined to high-level meetings or National Action Plans. If we allow those in government (not to be confused with those in power!) to act openly, to be honest, to admit the unknown and embrace the problematic, then they will be able to build the trust we’re desperately seeking, from the bottom-up (of course this distribution of power needs to be derived from a government that is legitimate, stable and has strong institutions, and Uruguay has been lucky in this regard).

You can’t officially mandate transparency or participation and expect success, especially when it clashes with an institutional culture where the negative incentives to be open as a public servant are too many to count. So let’s focus on transparency, participation, inclusion and fairness at that level of government where interaction with citizens is greatest, and let the transformation grow from there.

A good example is our experience at DATA Uruguay working with the Ministry of Health to co-create ATuServicio.uy. The portal, which was a commitment in Uruguay’s OGP National Action Plan, gives citizens unparalleled access to the performance indicators of all healthcare providers, allowing them to compare costs and services and make informed decisions about their healthcare. The project required a solid partnership with our counterparts in the Ministry and I can’t understate the courage and trust they showed to see through the project from inception to completion and sustainability. If they hadn’t taken risks (professionally and institutionally), we would not be telling this story. The portal has drastically improved data quality that is now used to make policy decisions, allowed citizens to submit complaints and receive responses from the Ministry, and even driven down prices of some healthcare providers. And what about top-level management? They were extremely surprised and happy about the success of a project which was implemented with all proper approvals, but without them having to get involved at all.

We’ve all heard about government “Champions” and OGP has pushed for countries to detect and empower them. But we can do more to find them in every nook and cranny of government so that they are not lone champions, but a coalition of reformers.

Pushing for actual reforms that empower public servants to work with other actors, allowing them to feel as open as we want government to be, and institutionalizing those permissions and structures so they can act upon external inputs anytime (not just in a workshop or on special occasions) might be a way forward for sustainable Open Government. Introducing regulations to hold good quality co-creation processes, ensuring funding and mechanisms to act on citizen feedback, collecting feedback from public servants, and recognizing and encouraging innovative practices of cocreation or even whistleblowing, can go a long way in empowering lower level public servants.

Admittedly, it would not be as fancy as a fully-fledged, high visibility, new and shiny Open Government initiative. People will just think “oh, wasn’t that lady/ guy nice to hear me out on my problem”, but then again, even if nobody knows that’s Open Government, at least they’ll know it’s a government they can trust. 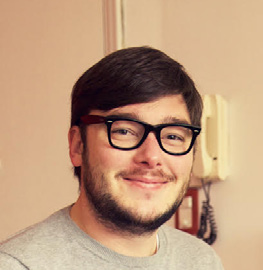 One way to #RenewTrust, says @danielcarranza, is to build a coalition of #opengov reformers http://bit.ly/2y6Cw2r

.@danielcarranza shares examples from the #opengov experience in Uruguay about how to #RenewTrust in government http://bit.ly/2y6Cw2r

Most public servants would like to see the same thing that frustrates the rest of us, fixed. – @danielcarranza http://bit.ly/2y6Cw2r