Individualism and the Dissolution of Trust

Rebuilding trust depends on our ability to connect through an institutional ladder the global to the very local.

Is lack of trust in government a global phenomenon, or is it mainly affecting rich countries? I argue that while the phenomenon is mainly a problem of the rich, its causes run deep, and have global implications.

There is little doubt that in the US and the UK, the reaping of the benefits of economic growth by the rich and the stagnation of the middle class have resulted in declining trust in political elites. Meanwhile, the rest of the world is catching up: the absolute number of people living in extreme poverty peaked in 1970 at 2,2bn, and despite a doubling of world population, it has since been cut by two-thirds: that may be why China and India show high levels of confidence in their respective governments. The future looks very different whether you sit in Beijing or Detroit.

And yet western gloom has deeper roots than contrasting economic futures. There is a worldwide crisis of politics that affects countries, rich and poor, democratic and authoritarian, performing and underperforming. Three related characteristics are in evidence:

1 – Personalities increasingly dominate the political debate, worldwide. Trump, Macron and Duterte have little in common except for one characteristic: they are successful outsiders who were not professional politicians. “Presidentialism”, balanced or not by the checks and balance of democratic institutions, is gaining ground and leaders are expected to produce change against institutions rather than through them.

2 – This new emphasis reflects the triumph of individual agency after the end of the Cold War. What Margaret Thatcher said in 1987 has come to define the post-Cold War period: ”… there is no such thing as society. There are individual men and women, and there are families. And no government can do anything except through people, and people must look to themselves first.” The individual is king, and ideologies that emphasize the collective dimension of human destiny have lost their potency.

3 – In a world driven by individuals, the ideal of the public good loses its appeal, and the old notion, going back to antiquity, that the public sphere derives its nobility from a separation between the service of public interests and the pursuit of private interests, is replaced by its opposite: private success is the best qualification for public office.

The empowerment of individuals, while it has unleashed unprecedented growth, is at the origin of a global malaise. It puts an enormous responsibility on every human being: not only does it ignore the importance of luck in success, but it neglects obvious social factors: a poor girl born in Congo and an African-American boy growing up without parents in an American ghetto have an insurmountable handicap to overcome. Better be a lazy boy born into a rich family than a bright young girl born into abject poverty. Exceptions exist, and are celebrated as role models, but they remain exceptions. And to tell the losers of that flawed competition that they should try harder adds insult to injury. Hence the growing anger of all those who are left behind, in rich countries but also in poor ones. That anger manifests itself in different forms.

At one extreme is the terrorism of foreign fighters. They represent the dark side of individual agency. The suicide video message of a terrorist has become the ultimate selfie for militants focused on nihilistic individual fulfillment. And the terror that it inspires in turn contributes to the atomization of society. In a packed subway car, every other passenger is a potential threat. Terrorism exposes the vulnerability of societies in which the individual is the be-all and end-all.

Most people, however, will never become terrorists, and their reaction to the cult of individual success, especially when individual success is out of reach, goes in the opposite direction: they want to restore a collective dimension to human destiny. Some find the answer in religious fanaticism, some find it in nationalism. In the borderless world of globalization, a growing number of people are searching for mental borders. They react to the crisis of states, too small -even the biggest of them- to manage global issues, and yet unable to manage solidarity within increasingly diverse national communities.

What is the alternative? We remain physical human beings, and we cannot experience far away tragedies as a personal loss: pretending the contrary is a lie that augments the cynicism of public opinion on politics. We cannot embrace the whole planet without the mediation of tangible intermediate structures. Values, if they are to be more than empty rhetorical aspirations, should be grounded in our own personal experience. Rebuilding trust depends on our ability to connect, through an institutional ladder, the global to the very local. 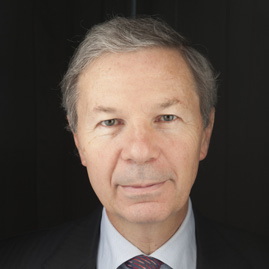 While increasing distrust may be a problem of the rich, @JGuehenno explores its global effects & ways to #RenewTrust http://bit.ly/2eWNAH1