Technological advances have ensured that the media no longer holds a monopoly on information. It has empowered the individual and democratised power within and across countries. This new equilibrium requires a new approach.

The media is one of those essential institutions. Well-functioning media institutions can play a key role in supporting government and private sector efforts on corruption, accountability, transparency, quality of life, infrastructure and education – all of which determine the trust and confidence that citizens have in state and non-state institutions.

Citizens need good information to be able to stand up and demand better governance through transparent resource allocation and provision of services. This lead to accountability and engenders trust in state institutions.

Unfortunately public confidence in the media has been eroding gradually as technological advances have wreaked havoc on the media ecosystem. The rise of the internet and the social web has, on one hand, made it much easier for citizens to be informed about the world . It has also democratised the media since now anyone can publish, broadcast or disseminate “news”. But this has also presented a dilemma: which news sources do we trust? Do we look beyond those that tell us what we want to hear or believe? In their desire for page views and online engagements, many online as well as traditional media outlets engage in the ‘click’ economy where they disseminate questionable information in an attempt to boost their audience numbers and attract new advertisers.

The mainstream media also has to contend with the phenomena of “thought bubbles”, where readers pick and choose content online that bolsters their beliefs, for example ignoring anything that does not fit their preconceived ideas about government without fear of being confronted with an alternative view.

Trust in media is also eroded when the public perceives the media to be partisan – stridently critical of government or shamelessly sychophantic.

An independent and free media interpretes government’s actions and words in an impartial and objective manner, and is a key interlocutor between the public and the government. However, when the media allows partisan cynicism or sycophancy to overshadow its healthy skepticism and criticism of government and its policies, the media loses any trust that the public may have in it a, and by extension in government. For example, exaggerated reporting by the mainstream media during and after the Trump election and the Brexit referendum raise questions as to whether or not media is serving the public interest.

In Africa, traditional media— newspapers, television, radio— religious leaders and civil society are often more trusted than politicians and even government institutions. But this might soon change as news consumption moves from traditional outlet, to new digital forms.Technological advances have ensured that the media no longer holds a monopoly on information. It has empowered the individual and democratised power across and beyond countries. This new equilibrium requires a new approach.

So what can we do to retain and build up any remaining trust in the media?

Transparency: Journalists and the media need to be transparent in how they do their work. Let readers in on how stories come together, the rigor with which reporters approach a story, the verification and the gatekeeping that the editors do. And when something does go wrong as it will inevitably happen, be open and transparent about correcting errors.

Listen and Engage: By engaging with audiences and thinking about how to best meet the public’s information needs.

Getting Facts right: News media have to keep upgrading their skills, tools and processes in order to adapt their fact-checking practices and journalism standards to the new digital environment. Collaboration between tech companies, newsrooms and fact checking networks through collaborative platforms can help media outlets avoid recirculating unverified and erroneous content.

Educate: Media houses can teach their audiences how to navigate their way in the rapidly changing media eco-system so that they are able to differentiate between sponsored content, opinion and fact-based news.

Return to basics: In this era of information overload and fake news, it is imperative that news organisations go back to digging beyond the surface of a story in order to explain why something happened, what the consequences are and who is affected. Journalism must go back to its roots of not only being a source of news, but also a window of informed discussion and education for citizens.

Innovate: Media should harness the advances of digital technologies in order to better connect with their audiences and sponsors by presenting information in ways that meet changing demands. They must also increase opportunities for audience engagement in order to build new relationships of trust.

Citizens trust in government institutions and the media will only be retained if their expectations and hopes are met. Citizens’ trust in media ceases if they perceive government interference in content or a deliberate skewing of news to favour corporate advertisers and pandering to sensational content whose objective is to drive up the number of clicks. These perceptions, real or imagined, can only erode public confidence in the media and by extension, their confidence in government institutions. It is therefore paramount that media demonstrates and fully exerts its role as a watchdog and endeavours to provide citizens with information that can help them participate knowledgeably in their own governance and development. 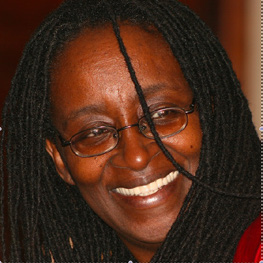 .@cgicheru1 discusses what the media can do to #RenewTrust, especially in the era of “information overload” http://bit.ly/2xZO7PZ

How can many of the principles of #opengov help #RenewTrust in today’s media? @cgicheru1 shares her insights: http://bit.ly/2xZO7PZ