The veil of secrecy that shrouds many government decisions is disappearing under the tsunami of digital innovation.

The democratic governance system that dominated politics for the past seven decades is in a deep-seated crisis. The global experience now is of a broken political and economic system driven by insatiable self-indulgence and individualism. It has created an unprecedented ecological crisis – one that threatens not only the human race, but all life on the planet. The economic model of neoliberalism has captured our political system, consolidating power in the hands of a tiny nebulous minority. A new form of apartheid has taken root in the world. It is systematically stripping the democratic gains won by our continuous struggle, while demonizing the demand for justice, equality and human rights. These trends are leaving behind a disillusioned people who deeply distrust political authority and the elites.

An increasingly connected generation of young people around the world are questioning how much energy is spent on internal bureaucracy and its unresponsiveness to a legitimate and growing anger at the failure of governments to implement promises, policy and plans. I have listened to people living on the margins of opportunity, the planet’s growing underclass, and seen a system upheld by politicians that may be seen to be extending lives but is merely perpetuating injustice and corruption. Many young people ask themselves, ‘What is the point of living longer if I have no hope, no job and no future?’

What is to be Done?

Many of our current ideas on development are archaic. Ideology and dogma has lost its shine, our institutions are bureaucratized and many not fit for purpose. We need safe spaces for a genuine intergenerational conversation on solutions to the challenges that face us, at a local and global level simultaneously. We have to redefine collective responsibility and historic debt that the developed world owes humanity. Climate change, global corruption, hunger, human trafficking, tax evasion, human rights abuses and demands for quality education and health are our future agenda.

The technological revolution of the past two decades has fundamentally redefined the way we live, organize, communicate, access services, and the nature of work. While the digital revolution has transformed our lives, and must be welcomed, its ownership in private hands has widened the gap between the haves and have-nots. Technology should be a public good and part of the global commons.

I believe the critical challenge facing our planet begs us to pose the question – what does it mean to be human? Surely, we need to put humanity and our environment into the centre of politics, our economy and our lives, not just our greed and profit.

We must move forward from the premise of ecority, recognizing that all living species, including our Mother Earth are sacred. That sovereign democratic power rests with our people. That governments derive their legitimacy from the will of the people. And the voices of our youth cry out for us to reimagine democracy, economic growth and even governance itself. Life.

To achieve this means we have to question everyone and everything. We need to rethink citizen participation. The existing civil society is fragmented, depoliticized and weakened by its dependency on donor aid from philanthropic organizations that have driven it into silo-based activities. Often its accountability and effectiveness speaks to narrow technical agenda rather than the politics that underpin underdevelopment. We must learn from the major campaigns against slavery, colonization and apartheid that were based on building people-to-people solidarity to drive the change we want to see in the world.

Since the start of the new millennium, new grassroots movements are rising. The veil of secrecy that shrouds many government decisions is disappearing under the tsunami of digital innovation. It must be harnessed and deepened to drive a greater transparency of leadership and governance.

As the potential for robotics progresses inexorably, surely we need to debate the rise of a new entrepreneurship and creative sector, such as arts, music, literature, culture and dance, which will bring a better understanding of our rich diversity, greater tolerance of our differences and a more profound appreciation of our shared humanity. We need to rethink the skills, education and governance systems required to redesign the world we live in to include the right to a universal basic income that guarantees access to food, shelter, water, electricity and human wellbeing.

Hopefully we can learn the lessons from our journey of life so far. That our lives are not about hypercompetition, a perverse sense of individualism or divergent interests. It is about the common good, the celebration of what the iconic moral leader of the 20th century, Nelson Mandela, wisely left us with, that: “What counts in life is not the mere fact that we have lived. It is what difference we have made to the lives of others that will determine the significance of the life we lead”. 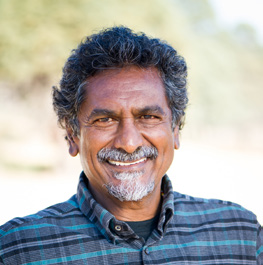 Jay Naidoo
Former Minister in the Mandela Cabinet, Board Member of the Mo Ibrahim Foundation, Trustee of the EarthRise Trust
@Jay_Naidoo

How to #RenewTrust when young ppl increasingly question how much energy is spent on bureaucracy? @Jay_Naidoo shares http://bit.ly/2eWJy1s

Technology should be a public good and part of the global commons. – @Jay_Naidoo http://bit.ly/2eWJy1s #RenewTrust