Rewrite the Rules of the Global Economy

The global economic system is a construct that represents a system of inequality by design.

The global economic system is a construct that represents a system of inequality by design.

Despite the fact that the world is three times richer in terms of global GDP than it was 30 years ago, we have historic levels of inequality. Eighty percent of the world’s people in the 2017 ITUC Global Poll say that the minimum wage is not enough to live on. And 85 percent agree that the rules of the global economy should be rewritten.

Corporate greed is out of control. People are not fooled. Eighty percent acknowledge that the economic system favors the wealthy and 61 percent that corporations have more influence than governments on setting rules for the economy. It is little wonder that public trust in political elites and the corporate establishment is at an all-time low.

Decent work has broken down in most countries when the majority of the world’s workforce are living on the edge. Even in developed economies, more than one third of people are forced to survive on low wages with insecure and exploitative contracts of employment. More than 70 percent of the world’s people have no or inadequate social protection. In global supply chains, up to 94 percent of the workforce who contribute to the wealth of our global supply chains are a ‘hidden workforce’, where employment responsibilities are simply outsourced through obscure manufacturing, logistics and services supply chains.

CEOs know that their global operating model is based on low wages and often exploitative working conditions, yet few take responsibility for the due diligence required by the UN Guiding Principles on Business and Human Rights, let alone set up the grievance procedures that could lead to remedy.

It is a perversity that the language of “risks and rewards” is used to justify both soaring boardroom pay packets and growing income inequality at work. The workers most frequently compelled to take genuine risks—to life, to limb, to health—are those who receive the lowest financial rewards.

Low pay is in all probability the clearest indicator of the degree of health of any society. Low pay affects your choices. It influences whether you work more overtime, extra shifts, report an injury, take sick leave. And it leaves you in jobs that typically have the insecure, dirty and dangerous hallmarks of risky work or scratching a poverty existence from multiple jobs.

The recipe for reducing inequality for working families and ensuring decent work is simple:
– a minimum wage on which you can live
– social protection, and
– compliance.

Freedom of association and collective bargaining rights are fundamental enablers. Workers need the added volume of a collective voice to make themselves heard.

Governments must act. Companies must face up to their responsibilities.

The social protection floor is endorsed by all international institutions – so where is the political will if governments can’t spend 6 percent or less of GDP on critical social services?

Where is the political will if companies are not required to pay a minimum wage on which people can survive and thrive? This would only require an increase of US $50 a month in the poorest countries in Asia, where major corporations make up to US $17,000 profit from every worker in the supply chain. It would require about the same in Latin America and less in Africa. The price of decent work, reduced inequality and resulting global growth is cheap. And the economic payoffs would be equally significant. Increasing disposable income is the best way to boost development and ensure inclusive prosperity.

But consumers are not responsible for the fact that the workforce is in trouble and inequality is growing. It is governments who fail to make and enforce laws, and it is corporations and investors who flout laws or lobby against stronger compliance in order to reap short-term profits instead of long-run sustainable returns.

Workers’ rights cannot be negotiated away. Hence the demand of the International Trade Union Confederation for governments to follow the example of France and mandate due diligence for all corporations. They must themselves ratify and implement ILO labor standards and ensure compliance.

They must ensure minimum wages, on which people can live with dignity. Just wages and decent work with social protection provide the foundation for greater equality and growth. Collective bargaining can then drive greater distribution of productivity and profit creating even more equal societies.

The rules of the global economy must be rewritten to rebuild public trust, and the time is now. 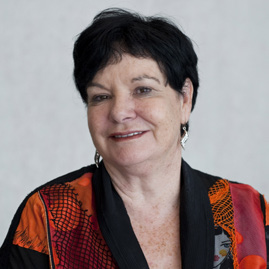 80% of ppl say minimum wage is not enough to live on. @SharanBurrow calls to change the global economy http://bit.ly/2xzwXN8 #RenewTrust

Low pay is. . .the clearest indicator of the degree of health of any society- @SharanBurrow http://bit.ly/2xzwXN8 #RenewTrust