The Political Drivers of Low Trust

Low trust is often as much (or more) a consequence as it is a cause of ineffective governance.

One of the most common challenges confronting governance around the world is low and declining public trust in government. When citizens become distrustful of government, political participation declines and government finds it difficult to command the legitimacy and respect, and to mobilize the resources, to govern effectively for the larger good.

However, low trust is often as much (or more) a consequence as it is a cause of ineffective governance.

The political drivers of low trust fall into two broad types. In many countries with demonstrably poor governance, citizens perceive government leaders (and officials at every level) as a corrupt and self-serving class of elites who are looting the nation’s resources, exploiting ordinary people, and perpetuating deep structures of privilege and injustice. Feeling powerless, ordinary citizens may offer their vote or support in exchange for some small material benefit. They may even bribe officials in order to obtain services. But these are survival strategies that the powerless engage in when they know the system is rotten and they see no prospect of reform. In these circumstances, corruption becomes the norm, everyone feels cheated, and social trust is generally low. Thus, these types of countries have low stocks of what is called “social capital”—horizontal relations of trust and solidarity that enable people to cooperate for collective ends. It is nearly impossible to sustain democracy or development in these circumstances.

The other syndrome is one we find in many of the richest democracies in Europe, the United States, and East Asia, where trust in government has plummeted in recent years. In these circumstances, citizens overestimate the extent of corruption because it is constantly sensationalized by an increasingly fragmented and competitive media, including especially social media. Moreover, intense political polarization—driven by highly ideological and partisan voices on social media and crystallized into self-reinforcing echo chambers of agreement—makes it hard to pass legislation to address the major problems.

Simply reducing corruption or increasing transparency will not in itself restore trust in government. We must find ways to reduce political polarization, reduce bad information and incivility in cyberspace, and enable government to function more effectively again.

In the case of badly governed states, the only way to build trust between citizens and government is to boldly improve accountability and transparency.

Government appropriations and expenditures need to be made fully transparent and accessible to scrutiny by the press, civil society and a robust system of well-trained and independent state auditors. All highranking government officials need to declare their assets when they enter office, every year thereafter and when they leave office. These assets declarations must also be open to inspection and verification by the press, the people, and an independent countercorruption commission. The latter must have the authority and resources to investigate, subpoena evidence and witnesses, track money laundering, and prosecute those who have falsely declared their assets, taken bribes, or cannot account for the wealth they have accumulated in office.

If a system of “horizontal accountability” to control corruption is going to be effective, its agencies— including the courts, the prosecutors, the central bank, and hopefully an ombudsman to receive citizen complaints—must be fully independent of government control. That requires independent means of appointing, promoting, disciplining, and sustaining them in office. It requires assured and independent funding for their institutions, as well as rigorous professional training and ethos, and engagement with civil society.

At the same time, bribery and corruption cannot be rooted out of public life unless public officials are able to live decently on their salaries. Official salaries, from the low-level customs clerk and police officer on the beat to the cabinet minister, may need to be upgraded, and that may only be possible if the overall size of the state is trimmed. Better to have a leaner state that delivers than a bloated state that preys on the public.

This returns us to the vicious cycle of bad governance:

When corruption is endemic, people routinely evade taxes because they know they get nothing in return. Government pretends to govern and the people pretend to respect it. Once government starts performing—delivering roads, electricity, water, schools, clinics, and public safety—in a transparent and accountable way, the cycle of distrust can be broken. Then, citizens will pay taxes and user fees because they see that they are getting something for their money. People will vote in elections, engage their representatives, and express themselves at public hearings because they believe these democratic processes will be fair and consequential.

With greater trust and transparency, people will join with one another to improve their communities, and entrepreneurs will invest capital to create jobs and new wealth.

This positive cycle is the best path—and for many countries, the only path—to sustainable and just development. Badly governed/ low-trust societies must forge coalitions to improve the quality of governance, and we in the international community must help them do it. 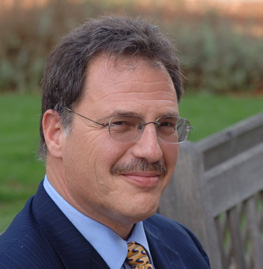 Larry Diamond
Senior Fellow, the Hoover Institution and the Freeman Spogli Institute for International Studies, Stanford University, and co-editor of the Journal of Democracy
@LarryDiamond

What can the #opengov community do to “break the cycle of distrust” & #RenewTrust in gov’t? @LarryDiamond explains: http://bit.ly/2w9BOE8