Real changes only occur when rules are thoroughly and accurately implemented, otherwise they remain on paper and rights are denied, leading to greater distrust towards institutions

I believe we need to become aware that transparency and participation are no longer an option but two indispensable pillars in the trust relationships between citizens and institutions.

Citizens’ lack of confidence and distance from institutions and their distrust in the ability of those that should meet their needs cannot be ignored. The causes are numerous and this is not the place to analyze them. However, it is very clear that allowing people to participate in decisionmaking, and ensuring maximum transparency in the management of public resources, are two key factors to build trust between citizens and institutions.

In this context, open government and the Open Government Partnership with their principles of transparency, accountability, participation and innovation are a useful tool for public administrations to tackle disaffection and distrust and test new forms of collaboration between people and institutions.

Based on this belief, and with the cooperation of many associations, we introduced in Italy the Freedom of Information Act (FOIA). The FOIA grants citizens the right to access public data and documents for free, without having to justify their request, and reaffirms that transparency in public administration is not just good practice but has to become the guiding principle of administrative processes.

The introduction of the FOIA is one of the most important and significant aspects of public sector reform that I promoted in the past few years and is a virtuous model of cooperation between the Government and civil society.

Under the same approach, we also launched a few pilot open data websites (openexpo; opencantieri; soldi pubblici, data on consultancies in public administrations) ensuring, for the first time, open access to data regarding events, public works and also how public money is spent.

From this perspective – by organizing dialogue and cooperation with civil society – in June 2016, we decided to relaunch Italy’s commitment within the Open Government Partnership. The 3rd Italian Action Plan (2016-2018) marks a significant improvement compared to past editions. Not only in terms of the ambitious, significant and numerous commitments made (40 actions by central and local administrations, compared to six actions in the 2014- 2016 plan), but also for how these were developed; for the purpose of drafting the 3rd Italian Action Plan, we set up the Open Government Forum, a multi-stakeholder forum consisting of over 65 civil society organizations that actively worked to draft the plan and monitor the commitments, and were also involved in implementing the actions.

Cooperation with civil society and the following public consultation produced tangible proposals on many of the commitments included in the 3rd Action Plan: the implementation of the new law on the right to access information held by public administration, the development of the SPID project to provide a secure digital public identity system, the process to open and reuse public data, and cooperation between startups and public administrations. In addition to this, since we believe that consultations are key to opening up decision-making processes and that they need clear and shared rules, together with the Open Government Forum we drafted the first “Guidelines for public consultations in Italy” between November 2016 and February 2017.

Thanks to the work done within the Forum, we organized the first Open Government Week: seven days of initiatives organized across the country using an open and participatory agenda, aimed at promoting the culture of transparency, active and digital citizenship and – obviously – collaboration. The collaborative method was very successful, so much so that for the first Open Gov Week, in March 2017, 242 events were organized with the involvement of more than 154 administrations, 30 civil society organizations and about 85 schools and universities, which animated the participation of more than 20,000 people.

Finally, as a result of the debate held within the Forum, we decided to set up a Register of Transparency, a public agenda for any citizen wishing to request an appointment with the Minister or the State Secretary for Public Administration. They just need to register and specify the reason for the meeting. Every month, the agenda of the meetings is published on the Ministry’s website.

These are just some of the most significant aspects of the work done in the past few years in the field of transparency and participation which are an integral part of the public sector reform whose main aim was to radically change the relationship between citizens and public institutions, allowing them to interact in a simpler, more cooperative and transparent way.

However, passing legislation is not enough. Real changes only occur when rules are thoroughly and accurately implemented, otherwise they remain on paper and rights are denied, leading to greater distrust towards institutions. That is why I am now almost entirely focusing on how the new legislation is being implemented, especially the new provisions regarding transparency, with the active involvement of civil society. 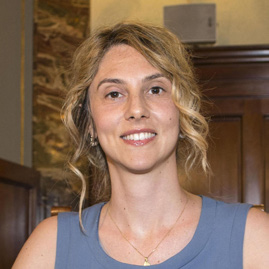