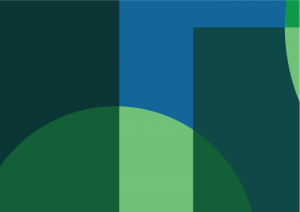 Will Strengthen Civic Space, Public Participation, and Anti-Corruption Initiatives in more than 70 Countries

Washington, D.C. – The Government of the Republic of Korea and María Baron (Directorio Legislativo) are the new lead co-chairs of the OGP Steering Committee. The new co-chairs will lead the Partnership for one year starting on October 1, 2020, and will work with ten other governments and ten civil society leaders who also serve in the Steering Committee.

Against the backdrop of the COVID-19 pandemic, the new co-chairs will build on the work done by their predecessors and focus on promoting public participation, strengthening civic space and anti-corruption policies, and promoting a more open and inclusive use of digital technologies to benefit people’s lives. They will also focus on co-creating new norms to tackle digital threats to democratic rights and institutions, promote innovations that bridge digital divides, and urge other OGP governments to adopt these reforms.

“Korea has been elected as co-chair of the Open Government Partnership (OGP) thanks to citizens’ collective efforts to uphold democracy and whole-of-government innovation initiatives that were recognized by global society. As co-chair representing 78 member countries, the Government of Korea will collaborate with civil society in and outside Korea and pursue open government to lead by example,” said Young Chin, Minister of the Interior and Safety of the Republic of Korea.

María Baron, Global Executive Director of Directorio Legislativo said that “in a context as unprecedented as this one, I’m proud that OGP is focused on the needs of the community, in particular those most vulnerable. One example was the rapid launch of the Open Response + Open Recovery campaign. I look forward to working with the rest of the Steering Committee to protect civic space, enhance citizen participation, and strengthen anti-corruption initiatives”.

OGP CEO Sanjay Pradhan welcomed the new co-chairs and stressed the need for high level political leadership during these unprecedented times as well as coalitions of government reformers, civil society, businesses, and other stakeholders to take complementary actions to effectively tackle the pandemic. “If we can indeed join forces, we can make a big difference at this critical moment in history – we can together write a positive chapter of open COVID-19 recovery that saves millions of lives and livelihoods.”

The Republic of Korea and María Baron are preceded by the Government of Argentina and Robin Hodess (The B Team), who co-chaired the Partnership for one year. Santiago Cafiero, Chief of the Cabinet of Ministers of the Argentine Republic, congratulated the new co-chairs and noted how proud his country was to have been a key part in advancing open government at the local level. “It has been an honor for the Government of Argentina to co-chair the OGP together with Robin Hodess. It was an enormous challenge and responsibility to lead this Partnership in a year that was marked by a global pandemic that forced us all to rethink our priorities and provide solutions to this context, including the Open Response + Open Recovery campaign,” said Cafiero.

As the Government of Argentina ends its term as Government Chair of the OGP Steering Committee, members of the governing body of OGP also unanimously confirmed the Government of Italy and Aidan Eyakuze from Twaweza East Africa as incoming co-chairs supporting the lead co-chairs starting on October 1st, 2020.

The Open Government Partnership is gearing up to commemorate its tenth anniversary in 2021 at its 7th Global Summit in Seoul, Republic of Korea. In 2011, government leaders and civil society advocates came together to create a unique partnership—one that combines these powerful forces to promote accountable, responsive and inclusive governance.

Seventy-eight countries and a growing number of local governments—representing more than two billion people—along with thousands of civil society organizations are members of the Open Government Partnership (OGP).