A weekly round-up of Open Government Partnership (OGP) media coverage around the world. Want to receive OGP in the News directly in your email inbox? Subscribe here.

This week, the OGP media spotlight was pointed at New York, as the OGP team and global civil society joined world leaders to participate in the 72nd United Nations General Assembly (#UNGA72).

OGP’s event, “Rebuilding Trust in Government,” took place on Tuesday, September 19, bringing together high-level leaders from government and civil society to discuss the pressing issue of declining trust in public institutions and how these leaders can leverage the open government movement and OGP to counteract this worrisome trend and #RenewTrust. OGP Chief Executive Officer Sanjay Pradhan opened the event, calling on all OGP countries and actors to uphold the OGP vision of “putting citizens first.” Speeches by President Emmanuel Macron and Prime Minister Giorgi Kvirikashvili demonstrated further commitment to OGP and strong open government leadership from the governments of France and Georgia (OGP’s respective outgoing and incoming government co-chairs), as did remarks by OGP’s outgoing and incoming civil society co-chairs, Manish Bapna of the World Resources Institute and Mukelani Dimba of the International School for Transparency. Coinciding with OGP’s launch of Trust – the Fight to Win it Back, an essay collection, the event also featured speeches by some of the publication’s authors, as well as top open government advocates, such as OGP Ambassador and Oxfam International Executive Director Winnie Byanyima and Frans Timmermans, First Vice President of the European Commission. In case you missed the live coverage, video footage of the entire event can be found here. 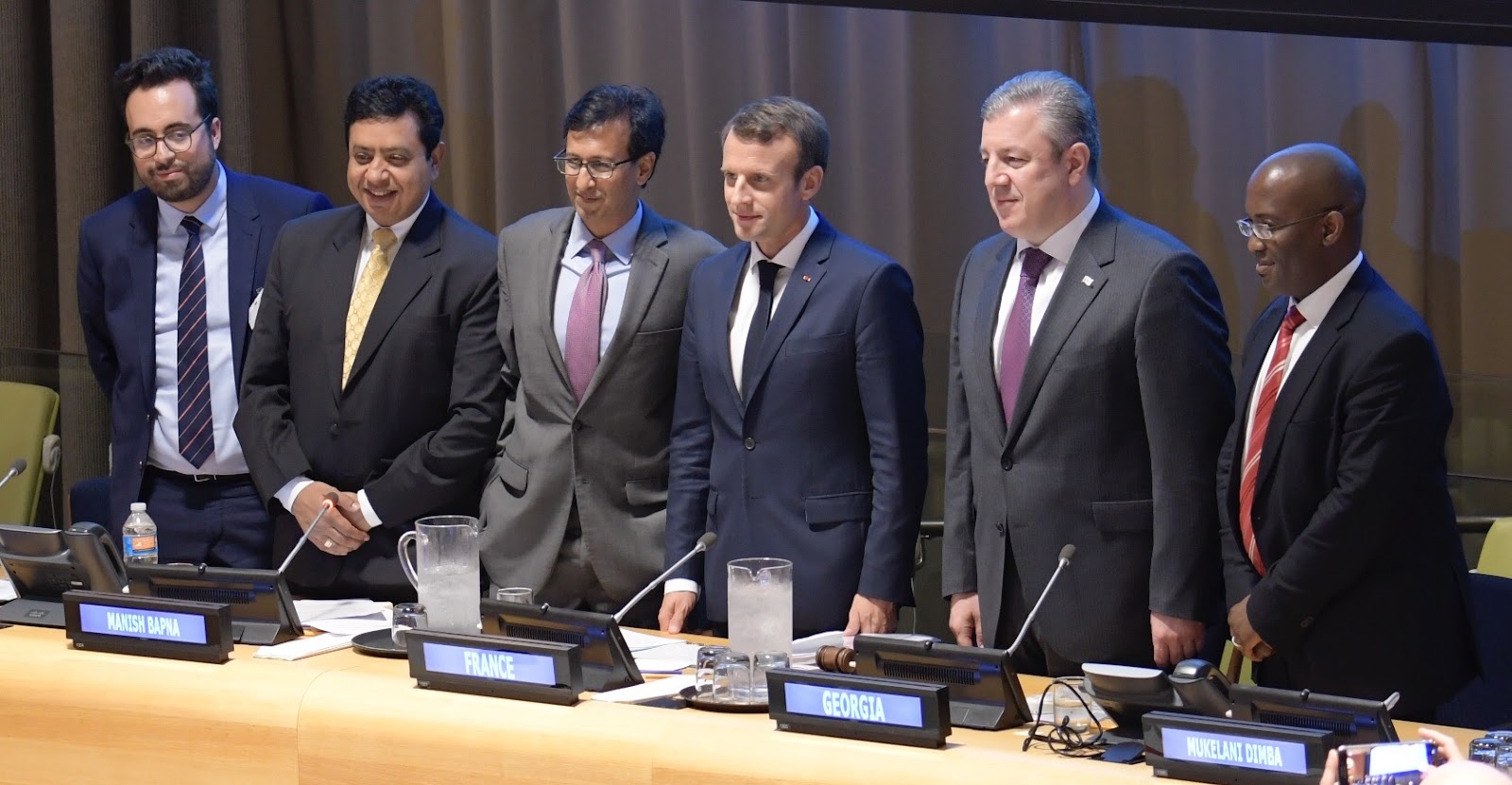 OGP’s participation at UNGA was publicized by over 100 news sources spread across more than 20 countries. In Spain, some 40 articles published by El Mundo, the Europa Press, and La Informacion.com, among others, highlighted the contributions made by Madrid City Council member Pablo Soto Bravo at the high-level OGP event. Speaking about Madrid’s participation in the OGP Subnational Pilot Program, Soto showcased “Decide Madrid,” an innovative and inclusive citizen participation portal, during a roundtable discussion with the President of Estonia Kersti Kaljulaid, Prime Minister of Macedonia Zoran Zaev, Vice President of Costa Rica Ana Helena Chacón Echeverría, Winnie Byanyima, and Frans Timmermans. Also covered by Georgian news outlets Agenda.ge and Finchannel.com, the event gave way to a historic handover of OGP leadership as the government of Georgia replaced France at the helm of OGP’s Steering Committee, along with civil society co-chair Mukelani Dimba for 2017-18. Quoted in the articles, Georgian Prime Minister Kvirikashvili said during the event, “Now is a remarkable time for the Partnership and we will work with our partner countries and civil society to ensure people’s opportunity to influence government decisions that affect their daily lives.”

Tunisian Minister of Foreign Affairs Khémaies Jhinaoui and a high-level delegation from Sri Lanka were also present at the OGP event, as was the Vice President of Indonesia, Jusuf Kalla, whose written remarks were picked up by VIVAnews. Elsewhere at UNGA, the President of Burkina Faso, Roch Marc Christian Kaboré, mentioned OGP in his formal address at the General Assembly. Emphasizing current reforms geared toward citizen participation and reviving the economy, articles in both Modern Ghana and Le Faso.net quoted President Kaboré describing how Burkina Faso joined OGP in 2016 and is currently drafting its first National Action Plan (NAP) “with the participation of non-state stakeholders, civil society organizations and the media.” Finally, a piece in Bloomberg cited the former U.S. trade representative, Michael Froman, touting the value of UNGA side events. Making the point that such events can “even produce results,” Froman used the example of OGP: “Obama’s Open Government Partnership, which helps domestic reformers make governments more responsive and has grown to include more than 70 nations, was hatched in 2011 at a side event to the General Assembly.”

More OGP excitement came out of UNGA week when the government of Canada announced in a press release (also available in French) that it will succeed Georgia as lead OGP government co-chair for 2018-2019. Picked up by Morningstar and the Canadian Insider, the press release reported that President of the Canadian Treasury Board, the Honorable Scott Brison, will represent Canada as OGP co-chair and has committed to focus on three priority areas: inclusion, participation, and impact.

Last but not least, though the Edelman Trust Barometer says that public trust is declining, the fight to #RenewTrust is trending! On the evening of OGP’s #UNGA72 event, the #RenewTrust hashtag was one of the top trending hashtags in New York City and has since been tweeted over a thousand times!