A series providing a round-up of media attention received by Open Government Partnership throughout the world. Want to receive OGP in the News directly in your email inbox every Monday morning? Subscribe here.

This week’s OGP news roundup included an award winner, travels to Cabo Verde and Japan, open data portals in Argentina, OGP subnational updates from Ghana, and, of course, the launch of our new website!

Several members of the OGP Support Unit traveled to to Cabo Verde where they met with the country’s President, Jorge Carlos Fonseca, and Prime Minister, Ulisses Correia e Silva, to discuss Cabo Verde’s open government goals and commitment to OGP. Deputy Chief Executive Officer of OGP, Joe Powell, gave interviews to one of the country’s top radio and print outlets Expresso das Ilhas (also available via radio) during which he emphasized the ever growing international demand for transparent and accountable governance, as well as the potential of OGP to strengthen democracy within Cabo Verde. 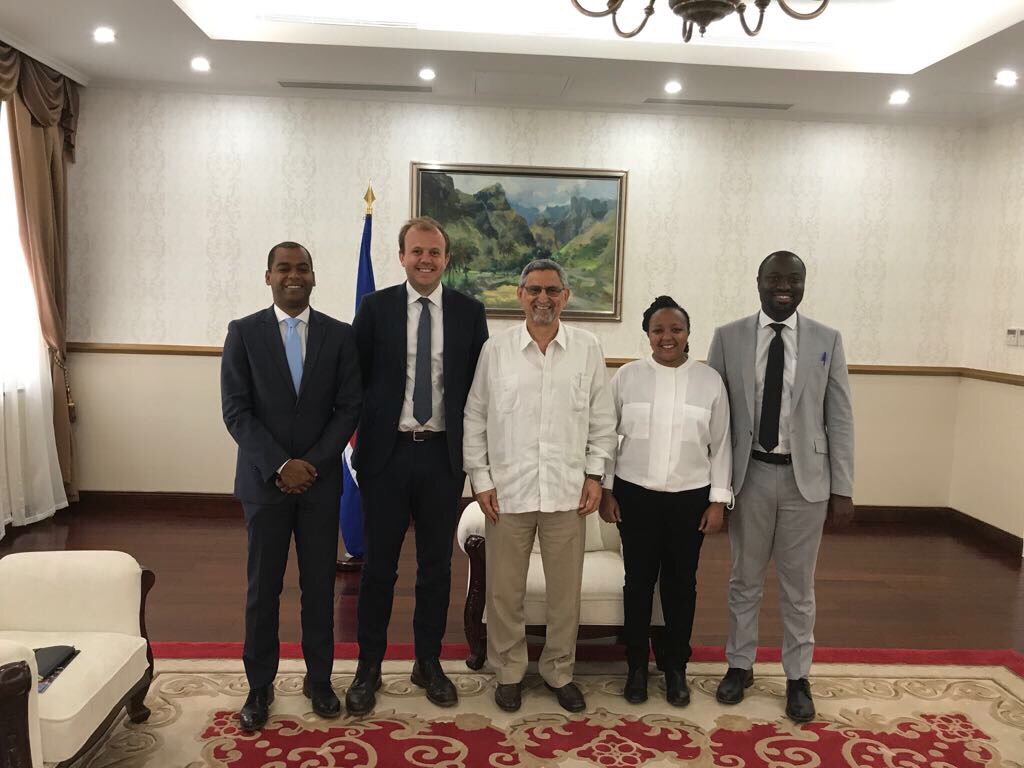 Announced in a press release, the Australian Press Council awarded the 2017 Press Freedom Medals to two individuals recognized for their “major contributions to ensuring a free and open society,” one of whom was  Australian OGP champion, Peter Timmins. A staunch advocate of freedom of information and leader of the Australian OGP Network, Timmins said the award was a “tribute to the many individuals and organisations including the Press Council that believe strongly in open, transparent and accountable government and joined the network to seek to ensure the government lives up to its Open Government Partnership commitments.”

OGP CEO Sanjay Pradhan recently travelled to Yokohama, Japan, where he attended the 50th meeting of the Asian Development Bank (ADB). Interviewed by a reporter with Devex, Pradhan explained that OGP is working to encourage more countries to adopt transformative transparency initiatives as well as recruit more multilateral partners into the open government fold. Speaking about how the ADB can benefit from the OGP model and framework, he said “the ADB can integrate this approach of government disclosure, citizen feedback, government response, inside its projects to achieve better project results. And in doing this, it can also use its proximity with governments to build trust between government and civil society and also protect civil space, which is under threat in many countries.”

Argentine daily newspaper La Nación announced that Argentina’s Ministry of Science and Technology, as well the national telecommunications company, ARSAT, launched open data portals. Lino Barañao, the head of the Ministry of Science and Technology, emphasized that the new ministry portal not only furthers the principle of access to information by publishing data from many of the institutions in the country’s science and technology system, it also garners a deeper appreciation for the work of scientists. This portal is the latest in a series of government portals, and marks yet another milestone in Argentina’s considerable open data development. As cited in the article, Argentina became a member of OGP in 2012 and jumped from 54th place in the Global Open Data Index in 2015 to 20th place in 2016. In the opinion of the Open Knowledge Foundation, the country now needs to work toward publishing data that can be used, modified, and redistributed in any format.

In Spain, local news site for the Province of Valencia Lasprovincias.es ran an article on an upcoming event titled “Transparency and right of access to public information: From theory to practice.” Scheduled for May 29 and organized by the head of the Valencia Transparency Delegation, Roberto Jaramillo, the event will provide guidance on access to information and data protection issues within cities, with seminars led by Spain’s OGP point of contact, Esperanza Zambrano, and Ricard Martínez, academic expert on privacy and digital transformation at the University of Valencia. Jaramillo told Laprovincias, “We need to design and implement transparency measures that adapt to the current political situation. Citizens are weary of being separate from institutions and want to know how their budgets are being used.”

British High Commissioner to Nigeria Paul Thomas Arkwright delivered a speech to inaugurate the launch a new study commissioned and funded by DFID Nigeria, “Collective Action on Corruption in Nigeria: A Social Norms Approach to Connecting Society and Institutions.” Featured on the United Kingdom government website, Arkwright’s speech highlighted the role of OGP in Nigeria’s commendable anti-corruption efforts just one year after the 2016 London Anti-Corruption Summit:

The UK and Nigeria are making good and sustained progress on commitments made at the Summit. For instance, both countries recognise the value of the Open Government Partnership (OGP) in advancing transparency and good governance reform. Both have committed to reforms made together with civil society and are working with civil society to embed these commitments into National Action Plans.

Arkwright went on to explain that the study seeks to bolster Nigeria’s ongoing battle against corruption by identifying corruption’s deeper social causes. Soon to be released by Chatham House, one of the main conclusions from the study, according to Arkwright, is that “tough talk and fear-based messaging cannot substitute for authenticity and exemplary behaviour.”

OGP Subnational Pioneer Sekondi-Takoradi, Ghana also made news in Africa. Modern Ghana quoted the city’s Metropolitan Chief Executive (MCE), Anthony K. K. Sam, speaking about recent unplanned development projects that are encroaching on some of the city’s wetland preserves and ceremonial streets. The MCE announced that a consultant had been hired to help with the city’s redesign and that the city was looking to hire new waste management service providers in its efforts to ensure that “residents had access to potable water, security, clean and serene environment.” Mr. Sam also pointed out that Sekondi-Takoradi had made “great strides” in carrying out its five OGP commitments made as part of OGP’s Subnational Pilot Programme.

Last but not least, “It was a cold gray day in late 2015 when OGP was forced to admit that their website, recently spit-polished but basically held together with bubble gum and paper clips and strength of will, had to go…” In other words, OGP has a new website – learn about all the amazing new features here.