Hamzat Lawal (Hamzy!) is an accomplished advocate in Nigeria, with a track record of holding governments accountable to deliver on commitments to social programmes advocating for and tracking foreign aid and government spending at the grassroots. He is the Founder & Chief Executive of Connected Development (CODE). Founded in 2012, CODE is the largest social accountability and transparency organisation in Africa. Their “Follow The Money” movement trains young people and grassroots communities to monitor government and international aid spending on social goods and hold their government accountable. To date, they have built 50 community governance structures’ capacity to monitor the implementation of $10 million budgeted for social infrastructures in 191 communities.

Hamzat has been recognized for his leadership in numerous ways including by Apolitical which named him one of 2018 and 2019’s world’s 100 most influential people in digital government. He was also recognized amongst the 100 most influential Africans in 2019, joining the ranks of Amina J Mohammed, Chimamanda Ngozi Adichie and Aliko Dangote. 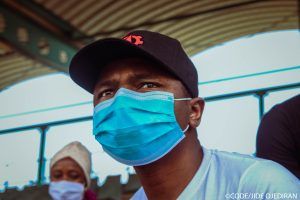 Since the return to democracy in 1999, nothing exposed Nigeria’s negligence, unpreparedness and unwillingness to deliver quality healthcare more than COVID-19. During the military dictatorship, Nigeria had earned notorious labels as irredeemably corrupt, and hopeless by the international community. So,…