María Baron is the Global Executive Director of Directorio Legislativo in Argentina. She is a journalist, has received a Masters Degree in International Relations from the University of Bologna, Italy, and is a PhD candidate in Political Science at Universidad Nacional de San Martín, Argentina. She is also a Fulbright-APSA Congressional Fellow and holder of the 2013 NDI’s Civic Innovator Prize. She has worked for civil society nonprofit organizations in Argentina and abroad with the aim of reducing unethical practices of lawmakers and public officials. María initiated and currently chairs the Latin American Network for Legislative Transparency composed of 24 organizations in 12 countries of the region. She has published nine editions of Directorio Legislativo. Quiénes son nuestros legisladores y cómo nos representan.

With her team at Directorio, María developed a methodology around building consensus across polarized stakeholders on different issues and has managed to bring many of those agreements to Congress where they were signed into laws.

Within Directorio Legislativo she created the Regulatory Alert Service, which by using political analytics they can predict changes in regulation in 19 countries of the Hemisphere.

María served as a civil society member on the OGP Steering Committee from 2016 – 2021. She also was civil society Lead Co-Chair from 2020 – 2021 and is the current Chair of the OGP Board of Directors. 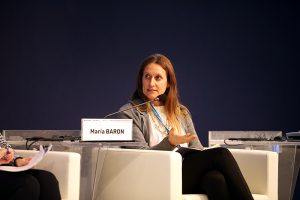 An Eventful Year as Co-Chair

As her term as Civil Society Co-Chair of the OGP Steering Committee comes to an end, Maria Baron reflects on the initiatives she advance in collaboration with the Republic of Korea. 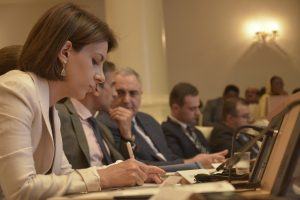 Over the course of 2021, the OGP Support Unit has conducted a review of its objectives, policy and practice on parliamentary engagement.

In this Voices of Open Government episode, we learn how different sectors in Buenos Aires, Argentina are working together to create a more transparent and accountable judicial branch.