Why it’s High Time for Politics 2.0 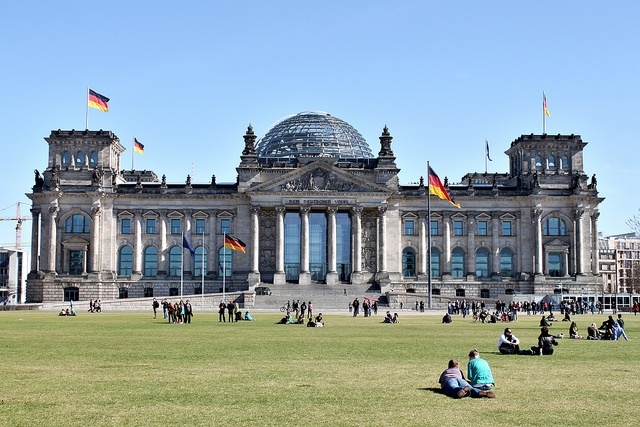 People now live their day-to-day lives in a society that is fundamentally different from how it was before the new millennium.

We are living in a world of globalization where open agile networking has penetrated every corner of our existence. Large parts of the business world have recognized that one of the consequences of such a change is that customers no longer see themselves simply as consumers. Yet politics lags light years behind in its perspective of citizens. At present electorates in democracies are increasingly under the impression that politics are no longer capable of tackling global problems such as climate change, the financial crisis and the consequences of demographic transformation, and are also highly reluctant to allow them proper representation in the requisite decision-making processes.

From our point of view, a kind of Politics 2.0 could offer the positive perspective in such a situation – a Politics 2.0 that embraces the methods of Open Government and, pursues a consistent strategy of openness to tackle the problems of humanity that are becoming increasingly global in scale and that hang together in a complex web of interdependencies and interactions (See also Icelandic activist Birgitta Jonsdottir on this topic on her current trip through the US).

Politics 1.0: Your Pensions are Safe
The ongoing German debate about the pension system can give us a clearer picture. Once again, we can see the traditional ingredients here  – a clear-cut issue of domestic concern, a familiar institutional framework, analysis focused exclusively on mono causality, from academia and social political institutions, many of whom have a fixed rigid view of an ideal political order, journalists and editors in the major dailies magisterially explaining the world to voters, and finally, the voters themselves who every four years should vote against the name of party they trust most. Whenever solutions were made they were passed with an air of finality that the danger has now been recognized and dealt with for many years to come – and the issue is now closed. Whereas ensuring the security of pensions and simply raising the level of productivity – or alternatively the level of social contributions – used to be considered remedy enough for the follow-on effects of demographic change, the shortsightedness of such a mono causal view of the complex challenges posed by demographic change is becoming increasingly apparent. There is a growing awareness that even though increased productivity could finance demographic follow-on effects, the negative impact of unsustainable economic growth will only serve to exacerbate the effects of climate change. In 2002 the Study Commission on Demographic Change of the German Bundestag published its Final Report from which it would seem that none of the experts involved in the 10 years of hearings have spared a single thought for how recommendations for growth may be reconciled with the policy implications of climate change. In other words, the insular closed nature of the process has resulted in tunnel vision and a failure to root awareness of the challenge in broad swathes of the population.

Politics 2.0 – a World of Opportunities
Politics 2.0 would have meant opening that process up to interested citizens from the very beginning and letting the crowd modify, supplement and evaluate its themes and proposed solutions at an early stage. At the same time, such a process should not be seen as an unguided expression of pure direct democracy by which a law or a commission report emerges, so to speak, from nowhere. Rather the essential point – and just how essential it is has been shown by a great many open, controlled and crowd-based experiments over the past two years – is to structure such processes by providing clear sets of rules along with clear definition of roles and expectations and the aim to be achieved – all of which could be seen as defining qualities of Politics 2.0. Yet when developing structural measures it is important to bear in mind that nobody needs to be an expert in demographics to realize that the issue of climate change might possibly have something to do with a drastic increase in the size of the population. Nor does openness imply the formal relinquishing of responsibility once resolutions are taken at the end of a decision-making process. Each actor and each decision-maker can keep their customary role; all they need to do is adapt it to the requirements placed by openness.

Policy can only be a Beta version
In this context intoning old party truisms as a reflex reaction to the interests of outsiders cannot be helpful. Caught up in their hide-bound rituals, parties are losing the ability to interact with new voter trends and engage in an open way with emerging themes and issue. In our political dealings we should learn to live with the fact that policies only comes in Beta version. Room must be granted to prepare and formulate a political decision in an open process, and to subject it, once passed, to continuous open evaluation and further modification. Political rulings and decisions need to be living entities that can breathe and be capable of evolving. The political system needs more openness – openness on the part of political decision-makers and experts and openness in legislative procedures.