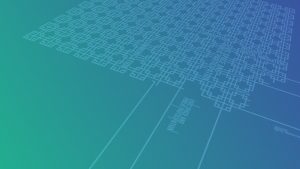 WASHINGTON, D.C., December 8, 2021 — As President Biden and other world leaders gather on Thursday for the White House Summit for Democracy, the imperative remains to ensure that the global push against authoritarianism is matched by a focus on renewing democracy domestically, that high-level Summit commitments translate into country actions, and that civil society organizations and citizens are empowered to shape and monitor them.

Strong democracies are dependent on an ongoing oversight of public services, policies, and institutions. This is especially critical now, at a time when the state of democracy, as measured by Freedom House, is at its lowest in 15 years and more than a quarter of the world’s population now lives in democratically backsliding countries.

The Open Government Partnership (OGP) seeks to renew democracy at and beyond the ballot box to deliver stronger results for citizens on an ongoing basis. Open government is not just about governments becoming transparent, but fundamentally about governments working collaboratively with citizens and citizen groups to tackle shared challenges every day.

Next week, the Republic of Korea will host the Open Government Partnership Global Summit, where we will showcase ambitious reforms that renew democracy for and with citizens. Engaging citizens and civil societies in delivering reforms makes governments more open, participatory, and accountable and pushes back against the unprecedented rise of authoritarianism.

Open Government is one of the best ideas for reducing corruption. Most countries in Africa need open government. Unfortunately, getting people of integrity into power is very difficult. one has to have a lot of money to make a lot of deals in order to gather the majority needed to win an election in most of the democracies in Africa. To win elections at high level in Africa, one has to make concessions.