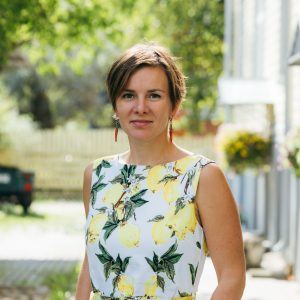 With an enabling and inspiring public sector, citizens will need no longer measure their trust in institutions, as trust will be embedded in the design of deliberative governance.

The context within which governments operate is changing: hierarchies are turning into networks; consultations are taking the form of co-creation and citizen assemblies; collective wisdom and action are playing a bigger role than ‘mere’ political will; policy-making is increasingly being based on data and open knowledge; bureaucracies are being replaced by citizen-friendly (e-)services and processes; and strategic planning is being complemented by agile experiments*. All of this requires a fundamental rethink of the role of the public sector.

The accountability of the public sector lies in the manner in which processes are undertaken, that is, in the architecture of governance. How does this governance reveal itself? One can, for example, judge whether its structures and processes are open and transparent, whether the public sector facilitates dialogue and discussions, whether it inspires collective action and uses collective wisdom, and how deftly it solves conflicts and co-creates strategies to protect public interest. One can also gauge by whether the public sector values the pioneers, innovators, and activists who campaign for sustainable development, equal rights, or reclaiming public space.

Enabling governance in the Nordics

The Finnish government is an inspiring example in creating enabling environments: four years of testing experimental governance have led to the emergence of a culture of trust and courage, with failures as a logical part of the learning process. The government task force accomplishing this feat produced and disseminated knowledge, built networks, and supported the planning and implementation of experiments. The Finnish government has realised the power of co-creation in the context of diminishing resources and ageing society.

Despite Estonia’s reputation as a digital pioneer, public sector innovation is lagging behind. Ministries work in silos and digital means are still believed to solve big problems. There are some attempts to foster design thinking and experimentation, but the potential for innovative governance in this small, flexible, and tech-savvy country is on hold.

Having said that, Estonian policy-making is inspired by citizen assemblies. Three assemblies have been held by civil society organisations and think tanks during the past six years, with the most recent set up by the Ministry of Environment. The Forestry Assembly selected approximately 40 people by lottery, who – over two weekends – learnt about the state and the future of forestry, discussed alternatives, and submitted 100 suggestions to the ministry. The proposals served as an input to the forestry development plan.

The previous three assemblies in Estonia – People’s Assembly on Elections, Engagement and Parties in 2013; People’s Assembly on the Future of Ageing in 2017; the deliberation series #HowDoWeLast? in 2018 and 2019 – have introduced Estonians to knowledge-based discussions and collective decision-making amongst a diverse group of people. These processes have combined offline and online tools – as observed with the platform rahvaalgatus.ee – to facilitate and increase the role of deliberative democracy.

Citizen assemblies as a way of governance

Such people’s assemblies in Estonia, but also in the UK, Belgium, Mongolia, Tanzania, Iceland, and many other countries have proven that designed deliberation helps overcome ignorance and polarisation on thorny political issues; focus on common goals, such as  sustainable forestry in Estonia or rewriting the constitution in Mongolia and Iceland; and build a more conducive atmosphere for consensus. The more citizen assemblies there are, the more familiar people will become with this model of policy-making. They are bound to question why more issues could not be decided via this method. Having realised the potential of empowering citizens, the German-speaking region in Belgium is remodelling its governance by creating a permanent citizen assembly with randomly selected inhabitants.

Using and enabling collective wisdom and action can quickly replace the by now outdated policy-making creed of “Decide-Announce-Defend-Abandon”. With the “Engage-Deliberate-Decide-Implement” way of governance, solutions tend to be more innovative and policies more legitimate as they have more “owners”. Although assemblies are advisory in nature, the proposals hold the weight, substance and legitimacy of public voice on an issue. It is therefore crucial that citizen assemblies be commissioned by those who have the responsibility to implement policies – local, regional, or national governments.

The ancient Greeks managed to organise public policy by deliberation. Why can we not do the same now? If there are doubts as to how a small group of people, referred to as the mini-public, can be entrusted to decide challenging issues for the whole of society, then one could point them towards the Centre for Deliberative Democracy at Stanford University, which has developed technological tools to bring deliberations to the broad public. Could this method be scaled up to tackle major topics such as the climate crisis?

The EU’s Future of Government 2030+ scenarios predict that citizen assemblies will become mainstream in governance. With an enabling and inspiring public sector, citizens will need no longer measure their trust in institutions, as trust will be embedded in the design of deliberative governance.

* The 6 Top Trends of Government Innovation by Apolitical; Towards an Experimental Culture in Government by States of Change

My name is Teele Pehk 🙂