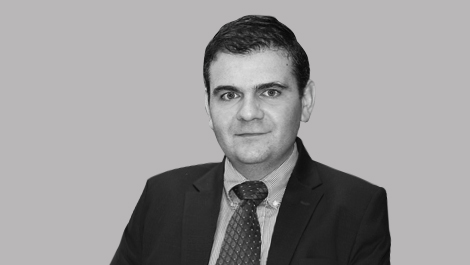 The remedy can be no other than a daring, aggressive social and economic legislative agenda on a European level.

We stand before one of the most difficult predicaments of post-Cold War politics in Europe. Four elements are working in tandem to increase the sense of alienation of Europeans from their polity, while also boosting fringe parties in many European Union (EU) member states – First, a consistent failure of technocrats to provide solutions to enduring problems; Second, technological change that caters to the massive but rapid consumption of partial information; Third, an increased demand by citizens to be included in decision-making as they search for solutions to persistent problems; and lastly, the stifling of public debate – on which vibrant liberal democracies depend – by the consensual politics of the largest parties in Europe.

It is clear that the financial malaise, the migration crisis, continued security concerns, and a growing anxiety over job security in the face of new technologies have together catalysed the feeling that our system of political organisation is exclusive, opaque, and ultimately ineffective in the face of mounting problems.

In the context of increased demands, impotent delivery by technocrats, and the feeling of alienation, citizens turn to sensational, quick answers that they can process in the brief amount of time that they consume posts, blogs, infographics, and slogans.

Each individual or group quickly sharing the information is primarily interested, not in its intrinsic usefulness, but in capturing a shred of attention amongst its massive audience. In this process, information is prone to be eroded, toxified, and fragmented into bits digestible in the brief attention span of social media.

In consuming and propagating partial, sensationalist slices of information, citizens become polarised, disenchanted, and disaffected, unwilling to spend more than a flake of attention. None of this will change soon, and political parties catering to fear and populism from the fringes of the political spectrum are poised to continue expanding their base across Europe.

Political parties and movements that define themselves as “anti-establishment” thrive on these polarising “slivers of information” of our age by providing simple but faulty solutions to the very complex problems that consensual politics and glorified technocrats fail to address.

Ironically, the consensual politics adopted by the political and economic forces of “the establishment,” only exacerbate their position through the homogeneous texture of their politics. The major European parties have not locked horns over ideological grand themes since the 1990s, with some brief and ultimately impotent examples like the Working Time Directive that led to national-level mobilization in 2006, including demonstrations led by labour unions.

Apart from clustering mainstream parties as “the establishment” in the eyes of citizens who feel marginalised, these tactics also elevate the role of technocracy. Technocracy, however, has failed to deliver solutions. This can arguably be attributed to the European Commission’s sole right to initiate legislation. The results tend to be politically pasteurised half-measures driven by lobbying and backroom haggling. Above all, they often seem to be arbitrary, as they address problems but seldom do they provide tangible solutions.

Above all, the European political debate is focused on “managerial” issues. This is important, but it is not enough. Discussions on integration, on subsidiarity, on deeper collaboration, and on the nature of the future EU polity have been relegated to the role of moot intellectual exercise. One is hard pressed to find an iota of vision in the Commission’s ten priorities – even in areas such as migration and the EU’s role as a global actor where a new “geometry” of EU capabilities is manifestly needed.

The remedy can be no other than a daring, aggressive social and economic legislative agenda on a European level. Apart from a deeper monetary and banking union, the EU needs a stronger social agenda that can bring to question its very structure. Should there be a European right to access universal healthcare? Should there be a European set of principles on housing? Should migration become an outright EU competency?  Where is the Petersberg-task army we were promised as part of our humanitarian vision and our role in the world?

Regardless of the answers we may come to, such questions would refocus public discourse back to the principles and foundational beliefs of the EU rather than banalities like the infamous inspection rules on cabotage. Ultimately, they would disaggregate “the establishment” into distinct parts, reinvigorating the very public debate that makes liberal democracies so vibrant.

It would also cause intense debate and political positioning without jeopardising the democratic process. Liberal democracy thrives on battles for ideas and on a vibrant public debate.

Lastly, a more aggressive, radical, and daring legislative program would perhaps produce more useful results than those seen in several decades of Commission-initiated legislation, precisely because our union is in need of more aggressive solutions.

The democratic process will surely water-down such proposals to achieve majorities. However, such moves will at least reinvigorate a meaningful public debate that can crowd out some of the more populist slogans.

This is not enough, to be sure. But it would be a good start to fighting back.