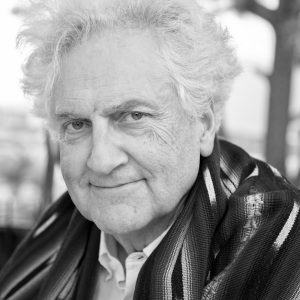 A small new capital of Europe – heir to the Greco-Roman Christian polis – should be created on the Rhine as a model and symbol of Europe’s perennial social, ethical, and aesthetic values.

There is no doubt that the current parliamentary democratic system is facing a widening distrust amongst the electorate. Promises which are trumpeted during elections are rarely honoured on the national level, even less so on the level of the European Union (EU). What is broadly perceived is that, far from working for the common good, our democracies serve powerful partial interests. Here, it is not the form of government but the choices and goals which are disputed.

The question is whether more open democracy will necessarily build the common good. We are currently witnessing the opposite tendency. The European Leviathan is in permanent overdrive under pressure from powerful industrial lobbies. The Parliamentary machinery multiplies laws and edicts without a declared goal or limit to guide it. Ever-expanding bureaucracy is needed to police metastasising regulations. The premises of the permanent lobbies, marauding the Parliaments in the three EU Capitals, rival the surfaces occupied by the institutions. The beehive activities in parliamentary lobbies singularly contrast with the gaping abandon of the Parliamentary Hemicycles.

I limit my discourse to architecture and urbanism and their role in building the common good. My hypothesis is that the common good is not an inevitable product of democratic action. It is a project that must be the shared and declared goal of a society and  transcend political, religious, social, racial, and linguistic differences.

Few people are conscious of the fact that the common good is given substance by the form of cities, their built fabric, streets, and squares. These have united Europe despite profound divisions of class and customs of religious believes, of ideological narratives, of spoken languages and idioms. The European public realm, a unique gift of the Greco-Roman Christian civilisation, is the neutral ground where the spectrum of human diversity mingles and interacts in a peaceful and constructive rivalry. Without that public space, democracy could not have developed, and without it democracy will not survive.

The model most fitted to the gregarious nature of humans – which no sophistication of circulation and communications technologies can supersede – is the polycentric city of independent communities: the aggregation of self-sufficient mixed-use, human scale urban quarters. Gated single-use developments of whatever covenant cannot replace the formative role of public space in maintaining democracy.

If unregulated by graceful manners, etiquette, and style, the expressions and exertions of power inevitably breath a coarse despotism. What holds true for human intercourse is critical for buildings where political power is exerted and represented.

National parliaments in most democratic countries are still housed in beautiful classical palaces. Nevertheless, the buildings of the European institutions in Brussels, Luxembourg, and Strasbourg stand out on account of their architectural muteness, their hostile anonymity, their massive size, their shallow symbolism, and above all a sovereign disregard for their urban and cultural contexts.

Instead of symbolising the democratic and aesthetic virtues championed by Europe for millennia, EU Institutional buildings project the image of a faceless bureaucracy and dictatorial technocracy. For over 60 years, the un-loved EU palaces have demonstrated that those responsible for their form ignore the ethics and aesthetics that civilised power keepers – independent of beliefs and ideologies – employed through the ages to sustain their authority, to respect it, and, in the end, make it meaningful and legitimate.

The vast territorial restructuring and cultural revolution engineered by modern industrial democracies has eroded the fabric of the common good, which has been second nature for generations of Europeans. Despite its monumental failures, the electorate is made to believe that town planning and architecture continue to be in competent hands. They are not. Modernist planning, building industries, and administrations are experts at routinely realising mono-functional, horizontal and vertical sprawl, suburban dilution, and central hyperconcentration. Territorial mono-functional zoning is what they practice and what they exclusively believe in and support. Dominated by global multi-nationals and criminal cartel interests, they legislate the anti-city and dismantle civil society. As a result, the traditional European built environment, a world of beautiful and durable objects of use, is being replaced by a disenchanted world of short-term objects of consumption. These policies are aesthetically and ecologically unsustainable.

The current tropes of “greening” single-use mega-structures, of “climate protection” and “Energiewende” of “freedom, security, progress” are not credible social narratives. The Marxian hypothesis that  industrial progress would see the “reign of liberty” eventually triumph over the “reign of necessity” is belied by the trivial pursuits of an alienated, unemployable, and disoriented leisure society.

A global critique of capitalism/socialism without a global political, economic, technical, and cultural project amounts to a mere declaration of submission to fate.

The New Traditional Architecture and New Urbanism, based on long-term, millennial experience is the only coherent theory and practice of environmental design to this day. The many architects who practice it around the world do so despite their modernist architectural education, against overwhelming peer pressure, yet sustained by wide public support and market demand. Architects and planners have the choice to serve a futureless folly or to plan and build the common good.

The EU should embrace this project and lead the way. A small new capital of Europe – heir to the Greco-Roman Christian polis – should be created on the Rhine as a model and symbol of Europe’s perennial social, ethical, and aesthetic values.