Democracy and Immigration – Culture of Fear 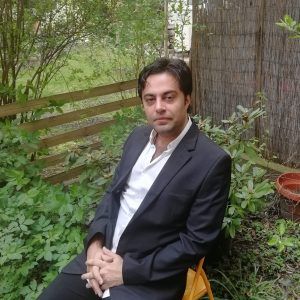 We cannot ignore the fact that migrants have the potential to positively influence the revival and development of democratic values not only in Europe, but also in their homelands if they return with the experience of having lived in democratic societies.

The impact of immigration and the recent refugee crisis have together contributed to the rise of far-right parties in Europe, which in turn poses a serious threat to the health of democracy on the continent.

Democracy depends on trust amongst citizens, enabling them to work collectively as part of a political system. In 2013, Europe and other countries in the world experienced an unprecedented increase in the number of refugees and asylum seekers. This consequently led to European citizens being politically divided in a manner previously unseen.

It is well-documented* that most migrants and refugees come from countries governed by dictators, and that the majority of them are Muslim. This fact has been exploited by right-wing parties to gain votes and reach positions of power in different countries across Europe. These parties routinely arouse public fear about the supposed threat posed by newcomers to EU culture, economy, and security.

Feeling threatened, people start to consider safety as an urgent priority. More importantly, they start to move away from long-championed European values of freedom and democracy. In my view, it can be argued that controlling migration will be good for democracy. At the same time, we cannot ignore the fact that migrants have the potential to positively influence the revival and development of democratic values not only in Europe, but also in their homelands if they return with the experience of having lived in democratic societies.

We can improve democracy by working on aspects that contribute to a positive future. A good future is one in which people feel safe again and embrace their values. A good future is also one that makes migrants believe that democracy is the solution to the very problems that forced them to leave their countries in the first place.

Promoting migrant participation in political life is of utmost importance. Enabling migrants and refugees to be part of decision-making is the first step towards their integration. The chance to speak for themselves – a sentiment that most of them miss – will make this group believe that they are part of their new society. It will also motivate them to play their part in protecting the values and the safety of their new homelands, or that of their children.

Schools that teach children that they have equal rights and duties in society, regardless of their race, gender, or religion will contribute to raising enlightened citizens. Teaching children how democracy led, in my opinion, to Europe being the most successful continent in the world will make them future guardians of democracy and freedom.

It is well-known that fascism, communism, and religious extremism are the enemies of democracy. In the digital age that we are living in, some politicians have become the most dangerous threats to the health of democracy. Social media allows these politicians to communicate directly with their voters. However, instead of using this opportunity to enhance citizen engagement, those very politicians use social media to undermine democracy by indulging in the politics of lies and fear, thereby arousing public anger.

Migrants and refugees together with politicians and political parties that believe in democracy should use social media to fight deception and fear by sharing with European citizens facts about who they are, what they want, why they migrated to their new countries, and how they perceive the future. This requires major effort and support, but it is undoubtedly a way of bringing together people from both sides and letting them discuss issues that they are worried about, instead of fueling the venomous rhetoric of right-wing politicians.

Migration has been and will always continue to be a momentous challenge. Europe should know that every human being in this world sees this continent as the birthplace and protector of human rights and democratic values. If European citizens are to move away from democracy, they will need to think of another name for Europe.