Does the EU Want What its Neighbours Need? 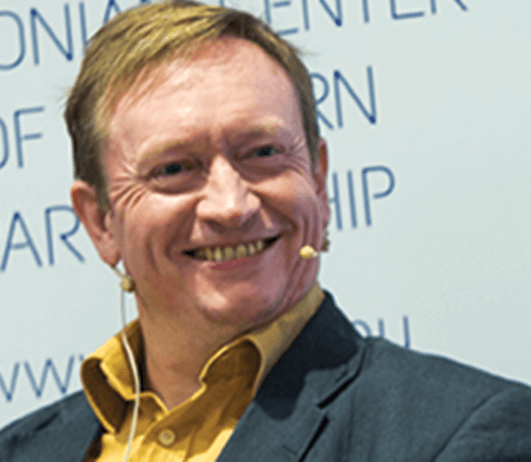 A more hard-hitting approach from the EU should put open government and transparent justice at the heart of the agenda.

Soft power works when a country or a bloc of countries “gets others to want what it wants”.[1] For the European Union (EU) to succeed with soft power, as coined by Joseph Nye, key stakeholders in aspirant members of the club, and in neighbouring countries, must first find the EU’s culture and ideology both attractive and legitimate.

Well before that, however, opinion-shapers in the respective countries have to come to terms with the prevailing and emerging trends in political and cultural identity at home.

The pendulum of political popularity has rarely been as volatile as today, where we see new political forces emerge overnight and sweep to power, such as Nikol Pashinyan in Armenia and now Volodymyr Zelenskiy in Ukraine. Some anti-establishment movements are targeting corrupt elites and calling for more accountability to citizens, but others are promoting intolerance and the rejection of the full participation of minority groups in society. In some countries, the volatility reflects a crisis of trust in democracy, and even more so in governments per se.

In the aftermath of the Arab Spring, hopes for more democracy were dashed in many countries. In the Western Balkans and, more recently, in Moldova, we have seen EU-oriented political parties become increasingly dominated by corrupt oligarchs and a false choice posed to citizens of a pro-EU government versus a pro-Russia regime, when all people really want is an honest government that puts in place economic policies that promote sustained prosperity. That priority overrides citizens’ preferences for particular foreign policy orientations.

The attraction of closer integration with the EU should be obvious – from access to markets to the freedom to travel, study, and even work in EU countries – but the benefits of democratisation, strengthening of the rule of law, and justice for all are valid even without the perspective of EU membership.

This is why the focus of the EU and its neighbours should be on sustained good governance, democratic practices, and institutions for the long term – regardless of any timetable for EU membership. Sticks and carrots run the risk of sparking counter-movements channelling frustration with protracted EU membership efforts into a more nationalist, inward-looking politics. This phenomenon is partially evident in the politics of President Recep Tayyip Erdogan in Turkey and of Milorad Dodik in the Serb-majority entity of Bosnia and Herzegovina.

Indeed, the confidence to combine an embrace of democracy with preservation of traditions, such as religion, can avert what Ivan Krastev has called the “return to tradition” following the disappointment of the quest for, or imitation of, the “normality” that the EU was perceived to embody.[2]

Trust in the EU varies significantly in the EU’s neighbourhood. In Morocco 64% trust the EU, in Jordan the figure is 60%, and in Algeria 49%, whereas in Tunisia only 39 % do so.[3]

As part of its Open Government Partnership (OGP) strategy, Morocco is focusing on the younger generation and building a digital presence to improve access to information and citizen participation in government. Out of the 18 commitments in the Moroccan 2018-2020 National Action Plan, six are digital initiatives.[4]

In Tunisia, the lower level of trust in the EU might be counterintuitive as “for many Tunisians, the EU and its member states still represent a model to be achieved”, argues Cengiz Günay.[5] However, Günay makes a point that resonates with Krastev’s allusion to the need for locally owned democratic development. “Over-reliance on Western/European guidance has thwarted the advancement of independent and creative home-grown approaches and solutions to domestic challenges.”

The EU is the only foreign institution trusted by the majority of citizens in the six Eastern Partnership countries (61% in 2018). The EU enjoys the highest levels of trust in Georgia (73%) and Armenia (70%). Around two-thirds of Moldovans and Ukrainians also trust the EU.

In contrast, two-thirds of citizens are not satisfied with the way democracy works in their country. Moldovans are the most dissatisfied (81%). Only one in four Eastern Partnership citizens trust the parliament and one in three the government. In another nod to the importance of the social cohesion aspect of tradition, religious authorities appear to be the only ones towards whom trust outweighs distrust (57% versus 34%).[6]

In Armenia, protester-turned-prime minister Nikol Pashinyan has stressed time and again that he is “accountable directly to the people”. Pashinyan’s direct approach – calling hundreds of thousands of Armenians to gather in public squares to prompt the resignation of the previous government – is mirrored by Zoran Zaev, the Prime Minister of North Macedonia, who staked everything on resolving his country’s name dispute with Greece and then put the result to the people in a referendum. Although the result was far from assured, like Pashinyan, Zaev did not wait for international actors to set the agenda. Both countries face huge challenges, including the need to sustain trust in political institutions and the wider political spectrum.

The development of the fourth OGP Action Plan in Armenia gained pace after Pashinyan became Prime Minister. According to Tatevik Margaryan, “civil society launched a large scale awareness-raising and consultation”, driven by “renewed energy in the country brought by the change of government”. The general belief in the political will to reform “has generated much-needed enthusiasm to contribute ideas on how to make the government more responsive to citizens’ needs”, resulting in a more ambitious Action Plan, driven by the crowdsourcing of ideas from all ten regions in Armenia.[8]

The fourth OGP Action Plan of North Macedonia is supplemented by an Action Plan for the Parliament, which includes a commitment to improve citizen participation in the Assembly’s legislative and supervisory process.

Apart from Skopje, the Western Balkans is awash with tense political divisions. Albania, Montenegro, and Serbia have been witnessing mass demonstrations by opposition forces every weekend for much of 2019, albeit led by opposition leaders that inspire little confidence amongst the population.

To rebuild trust, citizens must above all be confident that the justice system is not marred by corruption and political manipulation.

Effective anti-corruption agencies, supported by independent prosecutors and judges, are a top EU priority, which in turn makes it a priority where the local needs and donor priorities converge.

A more hard-hitting approach from the EU should put open government and transparent justice at the heart of the agenda. Local experts should be trained and empowered to develop solutions that will work in the local context. International support could take the form of secondment of experts who have taken centre-stage in turning around justice systems in other countries, but the principal outcome must be solutions that inspire trust because they are tailored to the local context and local priorities.

This should be complemented by international support to democratic actors in bringing citizens into participatory decision-making processes – to hold authorities to account and to monitor reforms in the justice system. Civil society actors who undertake this effort must also go beyond capital cities in gaining the public’s trust, including in more tradition-bound communities. Much like the EU, civil society must start by “getting others to want what it wants”.