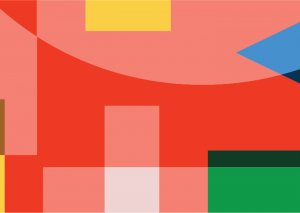 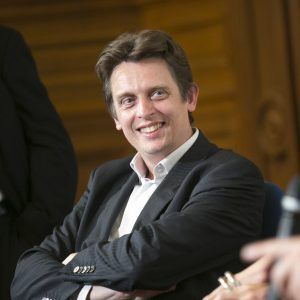 It is now time to apply the core principles of open government – transparency, social participation, and accountability –  to the giant tech firms.

The emergence of the World Wide Web almost 30 years ago profoundly transformed our societies by allowing billions of people across the world to connect and exchange information; opening up new ways of thinking and empowering civil society to monitor governments, uncover corruption, overthrow dictators, and even strengthen democracy.

In fact, free and open access to the Web has become so crucial today that the United Nations Human Rights Council recognises internet access as a fundamental human right and affirms that “the Internet is one of the most powerful instruments of the 21st century for increasing transparency in the conduct of the powerful, access to information, and for facilitating active citizen participation in building democratic societies.” This potential for increased transparency has empowered civil society to profoundly reshape the way in which we understand democracy at a time where nearly 80% of the world’s population can read and write. It has also helped create the underlying trust in our institutions and social cohesion, thereby allowing our democracies to remain strong under pressure.

While our governing institutions have started the necessary transformation to allow for an enhanced public oversight, new opaque actors, sometimes manipulators or criminals, have emerged with the advent of the digital revolution. Today, billions of people experience the Web only through a limited number of enormous privately-owned companies, built with the objective of maximising their profits within the new Attention economy.

To be clear, we should not be advocating for a shift in the objectives of these companies. Although it is important to recognise the contribution of these companies in helping our democracies adapt to the new paradigm of open government, it is not their role to reshape the social frameworks of our political commitments. Instead, if we are to reinvigorate our European democracies and restore trust in our institutions, we need to challenge the status quo and re-politicise – in the most noble sense – the collective definition of our social values. In other words, computation should never replace the political life of a community as the basis for governance.

Indeed, if free and open access to the internet is a fundamental human right, then we cannot allow a handful of platforms to build the codes and algorithms that will ultimately define which opinions or ideas are shared and what values should be protected or banned. These decisions should be taken in complete transparency and after collective social participation, at an institutional level, enabling both governments and civil society to hold these firms accountable for their actions.

The first step to reinvigorate democracy in Europe is therefore to agree, at the EU level, on a new legal framework imposing a much higher level of transparency on these actors. This obligation of transparency will enable civil society to co-create, alongside the brightest minds from the business, technological, government, and academic sectors, the tools required to tackle the threats to political freedom.

An initial measure towards transparency was recently taken with the signature of a pledge by social media platforms to improve the scrutiny of their online political advertisement placements. However, this is far from being sufficient and some companies have been very slow in implementing the measures they agreed to. Instead, the new regulatory framework needs to impose much stricter transparency requirements that should also be extended to certain algorithms used by these platforms. France is committed to pushing some of these measures during its G7 presidency this summer.

In the past decades, we have collectively understood, as stated by Karl Popper*, that an open society can be brought about only if the individual citizen is able to critically evaluate the consequences of the implementation of government policies, which can then be abandoned or modified in the light of such scrutiny. It is now time to apply the core principles of open government – transparency, social participation, and accountability –  to the giant tech firms and empower civil society through the use of our collective intelligence and to critically evaluate the consequences of certain codes and algorithms. This is essential to achieve a new equilibrium of democracy and rebuild trust in our institutions across Europe.