From Algo-Democracy to Polis: Reclaiming Human Participation in a Post-Human World 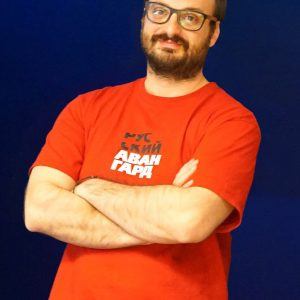 It is only when we understand how algorithms work that we can assess their effect on public participation.

In a rather ironic fashion, and without etymological commonalities, the term algo-democracy may simultaneously refer to two things: a democracy that is heavily mediated by algorithms or an ailing democracy. ‘Algo’ can either stand for algorithm or pain.* More often than not, it stands for both.

At the turn of the 21st century, the Internet was seen as a boundless space where humans could exercise their autonomy away from the interference of governments and private interests. Almost fifteen years ago, the vision of open government and inclusive democracy seemed imminent – an aim to be achieved through the opening of data, the use of digital platforms, and e-voting. The emergence of social media platforms, as a global space for public discourse, was originally hailed in the context of the Arab Spring and the Occupy movements. The platforms were seen as instruments of liberation, which when combined with the reclaiming of physical public space, could lead to regime change and the return to original forms of direct and inclusive democracy.

If there is one certainty, it is that algo-democracy does not only involve humans. It needs algorithms to operate. These algorithms are not necessarily designed to maximise participation, inclusiveness, or diversity. Instead, they are written to intensify the experience of social media users, extract data from audiences, and produce value for the platform owners and the businesses that develop around them. The instrumentalisation of human-to-human interaction through constant monetisation of surveillance, which Shoshana Zuboff has described as “the Big Other”, has a profound effect on the ways in which we collectively take decisions: it not only influences our social media behaviour, but also the way in which we choose our governments.

The problems with the model of the Big Other are manifold: in an attention-driven economy, the algorithm is incentivised to reinforce rather than challenge our opinions. This leads to what is known as the “echo chamber effect” which prohibits the essence of democracy from emerging: public discourse is replaced by a conglomeration of enclosed discussions of like-minded people that do not interact with each other. For each of them, their social circle – as mediated by social media – is the reality. Algo-democracy thus produces a rhizome of enclosures rather than a Polis: by fragmenting public dialogue into likeminded pieces, it nurtures extremism under the guise of radicalism, increases segregation, and prevents citizens from identifying the points they have in common.

Is there something we can do about this?

Reclaiming collective human subjectivity is a good starting point. This means that, above all else, we need to have a better understanding of how algorithms operate. Algorithmic transparency should be the first priority of our digital Polis. It is only when we understand how algorithms work that we can assess their effect on public participation.

This is not an easy task legally or practically.

Legally, we need to introduce legislation that requires transparency, accountability, and participation, not just on the part of governments, but also global private entities that operate digital platforms. We currently have an idea of how it can be done: the General Data Protection Regulation (GDPR) concerning algorithmic transparency with respect to personal data is a limited yet good starting point. The new EU Copyright Directive requiring digital platforms to clear copyrights before they share content so as to ensure equitable and fair information dissemination is another limited but equally important example. Finally, the European Commission and Federal Trade Commission (FTC) fines to FANGs (Facebook, Amazon, Netflix, Google) violating competition law, with all their limited effect and ex-post operation, are a good illustration of imposing sanctions when competition law and, hence, market openness is violated to the detriment of both business players and consumers.

Practically, we need to develop mechanisms for understanding and making use of algorithmic transparency in a meaningful and functional way. The Creative Commons experience demonstrates that complex legal documents, such as copyright licences, may be simplified through the use of icons and with the aid of software. Various Codes of Ethics, such as the Association for Computing Machinery (ACM) Code of Ethics or the UK Data Ethics Framework; Algorithmic Impact Assessments, such as the ones proposed by the European Parliament; the FTC or the ACM and other forms of self-regulation and reflexive regulation may contribute to identifying solutions that increase transparency and accountability in the operation of algorithmic systems.

Overall, there is no one-size-fits-all approach. However, we have the beginnings of a solution, provided we are willing to take the necessary steps to implement it. The youthfulness and vigour of Athenian democracy was, to a large extent, the result of the demos having a sense of ownership of the polis, of developing a collective subjectivity through a process of public discussion, open participation, and collective decision making. If we wish to make our algo-democracy truly democratic, we will need to reclaim this human subjectivity. This will not happen through a neo-luddite abolition of algorithms, but rather a consistent global effort towards algorithmic transparency, corporate accountability, and inclusive human participation.

* “Algea (Ancient Greek: Ἄλγεα; singular: Ἄλγος) is used by Hesiod in the plural as the personification of pain, both physical and mental.” https://en.wikipedia.org/wiki/Algos