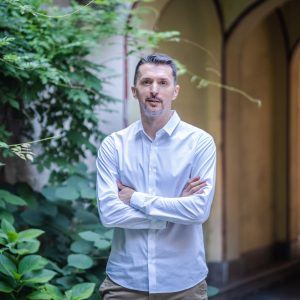 Building government capacity in conducting meaningful and effective public consultations and leading open and inclusive policy dialogue is an essential investment in the health of our democracies.

There are no shortcuts in the fight to increase citizens’ trust in institutions and their willingness to participate. It is everyday work that requires tireless energy and vigilance in listening to and understanding the public and responding to received policy inputs. This is one of the main lessons I have drawn from my seventeen-year experience of promoting a more enabling environment for civil society development and strengthening relationships between citizens, CSOs, and governments.

When reflecting on the root causes of the lack of citizen participation in the EU, my first intuitive reaction is that the crisis of trust in institutions is directly related to the crisis of institutional responsiveness, primarily at the national level. The remedies to this crisis need to be sought mainly in changing the manner in which the governments of EU member states accommodate public policy inputs on a daily basis.

During my leadership of the Croatian Government’s efforts in transforming practices of public consultations and policy dialogue with CSOs and citizens, we witnessed a striking phenomenon of an almost 5000% increase in citizens’ comments on new legislative initiatives in just three years. In addition to other intervening factors during that period – such as having more open government strategies with more proactive communication of public consultations through social media – the marked increase in willingness to participate was indisputably linked to a significant improvement of the quality of the institutional response to inputs received in drafting legal and policy acts. When all government bodies started to publish detailed reports on the results of public consultations, with personalised, elaborate, and well-argued responses to every citizen or organisation on why their policy inputs were not accepted, the interest in taking part in public consultations started to grow radically.

The impact of institutional response to policy inputs from online and offline consultations on future participation of citizens and interest groups is still an under-researched topic. There is as yet not enough empirical evidence to suggest that users who receive personalised responses to their inputs, are more motivated to continue participating in future policy debates. However, Croatian experience and feedback from users shows that a personalised institutional response to contributions may increase trust in the meaningfulness of the process and enhance the willingness of citizens and organisations to contribute to policy making processes.

Despite an obvious administrative burden, this practice of personalised institutional responses has been integrated into the central online platform for e-consultations, which has been used by fifty Croatian government bodies, generating continuous increase of new users, and making Croatian “e-savjetovanja” platform a real success story. Improving and maintaining the quality of institutional responsiveness has required strong central policy coordination, and more than eighty training sessions for hundreds of civil servants from all government bodies, in less than three years.

Building government capacity in conducting meaningful and effective public consultations and leading open and inclusive policy dialogue is an essential investment in the health of our democracies.

In addition to online interactions, we also need more direct one-on-one opportunities for national government officials (but also MEPs and other representatives of EU institutions) to have in-person conversations with members of local communities. Officials also need to respond to the needs and issues raised by citizens and their associations in the different phases of agenda-setting, formulation or implementation of different policies. The proposal of the EU’s new Rights and Values Programme should not only offer more opportunities to build innovative and creative models of citizen engagement and participation, but also to improve the responsiveness of EU member states to citizens’ and CSO inputs as a crucial precondition for mutual trust-building.

My recent experience of leading EU technical assistance projects supporting Western Balkans governments has helped me realise how strongly the health of EU democracy and consistency in safeguarding EU fundamental values correlates with the credibility of the EU in advancing essential rule of law and democratic reforms in the immediate EU neighbourhood – amongst both the current and potential candidates for EU membership.

Governments of the EU member states need to start leading by example when it comes to safeguarding civic space and enabling meaningful public participation in decision-making processes. This requires time on behalf of public officials, citizens, and CSOs alike. Deeper relationships and mutual trust can develop even from a short five-minute conversation.

Most of us feel frustrated and worried about the direction that our countries and the EU as a whole, are taking. The way to move forward needs to be based on creating a more favourable environment for the work and development of a vibrant civil society and an independent media, and on nurturing proactive transparency and open data policies. Most of all, the way forward needs to begin with one conversation at a time.

it is such a nice article