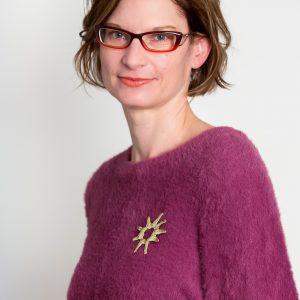 However, we must not forget that procedures, no matter how rational, cannot ensure an equitable society; only collective political engagement can do so.

How is it possible that, after two centuries of successfully fighting infectious diseases, many well-educated people question the usefulness of vaccines, asks Andrea Grignolio in his book Vaccines: Are They Worth a Shot?*. The same applies to democracy: how is it possible that, after two centuries of building modern democratic institutions, so many well-educated people doubt its usefulness? This analogy is not a coincidence. Over the past 40 years, democracy and public health have shared similar trends. In the 1980s, right-wing populism and infectious diseases appeared to be eradicated. The rate of vaccination against measles, mumps, and rubella was over 95% while populist radical right parties were polling at about 1% in Europe. Today, the situation is both reversed and dangerous. The opposition to vaccination poses a serious threat to public health, whereas right-wing populism, which is in full swing since the refugee crisis of 2015, threatens our democracy.

The similarity does not end here. Specific to vaccination, Grignolio finds that there are three main reasons for doubting it: ideological – liberals avoid individual risks over collective rationality and accountability; informational – an abundance of information, albeit false, on the risks of vaccination; and social –  (over)protective parenting on account of low and late fertility, with medical authorities losing their authority and not adapting their tactics to address people’s fears. The descent of European democracies in turn has seen people becoming less of citizens and more of consumers. Bombarded with false information about migrants, nationalism has strengthened due to the feeling that those in power have betrayed their own people in favour of immigrants and Muslims. Wrongful, damaging decisions by social-democratic politicians during the 2008 economic crisis have further eroded trust in democracy.

Can our democracy be cured through inclusive, responsive, and accountable open government approaches? It goes without saying that transparent, inclusive policy making and governance are absolutely better than their non-transparent and non-inclusive counterparts. At the same time, open and inclusive approaches should not be overestimated. I often hear that if people were more involved in decision-making, they would trust it more, accordingly strengthening the authority of the institutions that implement those decisions. I am not entirely convinced that this is true. Do people feel alienated by public institutions because of their inaccessibility, or are they primarily dissatisfied with the decisions that are being taken? In Slovenia, opinion polls constantly show high levels of distrust in politics and its institutions. Only 14% of people trust politicians while 36% trust the parliament. Political alienation can be considered a matter of universal consensus. But is it justified? The Slovenian Parliament has 90 Members. In 2011, 55 newcomers sat in it, 64 in 2014, and 54 in 2018. The last five governments were led by five different prime ministers. The last three were newcomers in state-level politics, as were their newly-established parties. It would be difficult to claim for our politicians to be alienated from the people, when the majority of them are clearly “one of us”.

This is why I believe that more inclusive and transparent approaches cannot in themselves restore trust in institutions. Unless we believe that open and inclusive decision-making necessarily leads to the right decisions. It is a premise which is somewhat inherent in the open government agenda. The problem is that this assumption can only hold true when ​​power is a completely rational machine, capable of neutrally coordinating various social interests. Based on this assumption, power should be unideological, strictly pragmatic, and steeped in common sense. History, however, has taught us that the very power that claims to be unideological is always the most ideological one. Let us recall the third way style of politics. Outwardly the flagship of unideological post-politics, it is now clear that it was far more consequential in cementing the hold of neoliberalism than Thatcher’s efforts.

Another problem is that the model of inclusive government inevitably lends to political lethargy: Why should we be politically engaged when wise governance can be provided by already appropriate processes? It is enough to communicate one’s will from the comfort of the armchair and it will be taken into account. This is not only completely illusionary, but also in perfect harmony with neoliberal efforts to transform citizens into (individualist) consumers – an aspect that is linked to the vulnerability of democracies.

All of this of course does not mean that it is wrong to insist that governments be inclusive, transparent, and accountable. In fact, we need to be even more determined in this regard. However, we must not forget that procedures, no matter how rational, cannot ensure an equitable society; only collective political engagement can do so. Democracy will not be healed with less ideology and more evidence-based and inclusive decision making. On the contrary, it needs more evidence-based, inclusive approaches but also – more ideology!  This is why, it is not enough to open up institutions and empower civil society. Collective (political) mobilisation and action on the part of people via the joining and establishing of political parties needs to be encouraged. Right-wing populism can only be defeated in elections – and this is possible only if people firmly support the ideas of egalitarianism, social justice, and liberal democracy.