It is About Both, Social and Political Trust 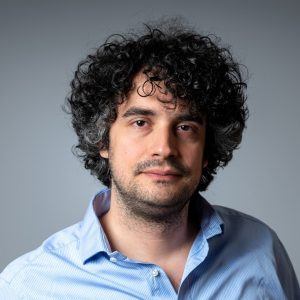 To regain trust, efforts have to be made across various levels of government and society.

Have our institutions and governments become much worse over the past few decades? Is trust higher in many authoritarian regimes because they perform better? Possibly not, but the manner in which political communication has evolved, news is produced, amplified, and consumed has changed dramatically. Citizens, especially in democracies, have more information than ever before about our decision makers, the mistakes they make, and the crimes they commit. People also see and feel the increasing inequality within countries and around the globe, which understandably leads to frustration at being left behind and feeling excluded. More information about our problems might make us more desperate and hopeless.

Still, I believe that the solution to distrust is not to lower the level of transparency or restrict the press. Rather, it is the inclusion of citizens into decision-making and oversight procedures that would enable them to have a say and take responsibility. Most of the global challenges the world faces today, such as poverty, inequality, environmental issues, migration, terrorism, violent conflicts, unemployment, and automation, require long-term, collective global efforts. This will arguably also need changes in our attitudes, thinking, and even our way of life. Both political and social trust is critical in bringing about systemic change, especially when change is uncomfortable for individuals and its positive effects might not be visible immediately. To regain trust, efforts have to be made across various levels of government and society.

Because of the tremendous amount of information we have to digest on a daily basis, the complexity of the challenges we face, and the rapid change of technology, production, and labour, we need well-educated, creative citizens who understand how the world around them works and are in possession of the skills and knowledge to shape it. This does not simply mean a flexible labour force for the economy, but rather minds that are autonomous, or, in other words, conscious citizens. Good education for all has to become as fundamental a right as the air we breathe.

We make mistakes every day. We arrive late to meetings, damage our cars, or forget our loved ones’ birthdays. In our personal relationships, we have learnt how to understand each other’s weaknesses, flaws, how to say sorry, and how to forgive. But we are much less forgiving of our representatives and decision makers. We have to learn to differentiate between failure, damage done by mistake, or well-intentioned poor decisions and between shameless corruption. Honesty should be valued more than short-term success. This also applies to political campaigns. Respect for human dignity also means that voters or consumers are considered as grown-ups when addressed by politicians or advertising companies.

One reason for the general mistrust towards elites stems from the perception that the big fish are never caught, that the elite – be it politicians representing interests of certain lobbies instead of their electorate, or CEOs of car manufacturers that simply cheat with emissions to make bigger profit while neglecting the aspects of our health and the environment – can do whatever they please. The work of Romania’s National Anti-Corruption Directorate (DNA) has shown how important prosecution of corruption is in parts of the world where citizens rarely witness that corruption and mismanagement has consequences

Lack of trust towards government and institutions is especially problematic if it is accompanied by low levels of social trust. In several countries, citizens have greater trust in the police than in their fellow citizens. While being more connected than ever virtually, we might feel lonelier than the generations before us. A new social fabric has to be created in many of our societies. The balance between self-interest and community-interest has to be tipped towards the latter. Political reforms can also support this process. More competences have to be delegated to the local level of public administration to create new forms of participation and encourage collaboration between individuals and micro-communities. Regaining and sustaining trust can only be possible by claiming political space for citizens and their communities. This is why working on the local level has become a strategic activity for the anti-corruption watchdog I am working for, K-Monitor.

And this is also the reason why I find the subnational level as one of the most inspiring areas the Open Government Partnership (OGP) is involved in. I would want for this pillar of open government to rapidly expand and welcome cities and regions of countries where governments have not realised the importance of openness and participation. In so doing, the OGP can play a pioneering role in strengthening new forms of participation and restoring trust within societies.