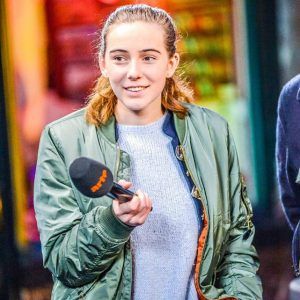 Democracy is not only about elections but also about elected leaders who listen to the voice of the people and are accountable to them. More citizen engagement in public policy and a reduction in the gap between elected leaders and their constituents is part of the solution.

For the past six months, Swedish climate activist Greta Thunberg has been striking in front of the house of representatives in Sweden. She is requesting political leaders to respect their international commitments to reduce CO2 emissions in order to limit the greenhouse effect warming our planet. Greta has inspired many youth in Belgium, Switzerland, the Netherlands, the UK, and Germany to start protesting for action against climate change. Her actions culminated in the March 15th global strike for climate which gathered 1,4 million people in 125 countries – the largest ever environmental protest.

In Belgium, students have been striking and demonstrating every Thursday since January 2019 to ask political leaders to take both scientists and climate change seriously. Indeed, scientists have constantly been repeating, with increasing certitude and precision over the past two decades, that global warming is real and that it is related to human activity.

There appears to be an important gap between scientists’ warnings on climate change and the passivity and lack of action on the part of politicians. This is a source of worry for younger generations. According to the United Nations, we have a short window of opportunity of ten to twelve years before facing irreversible climate change. This is a very short period and we need to act now. However, we are very far from concrete action, and despite the latest IPCC (Intergovernmental Panel on Climate Change)   report re-emphasising the magnitude and the impact of global warming, we seem to be continuing with business as usual. My country, Belgium, is one of the worst European offenders in terms of the 2030 climate goals. According to a recent EU report[Cited in “Le Soir », 5/3/2019 Edition ], without additional measures, Belgium will miss its 2020 and 2030 targets. If implemented, the current plans would reduce our emissions by 0.9 MT / year, but to achieve decarbonisation in 2050, we would need to reduce our emissions from 3.7 to 5.1 MT / year or at least quadruple the pace.

While some actions are being taken, they are far from sufficient to meet our objectives. Rather than taking action, political leaders seem to be counting more on protest fatigue on the part of the youth than on addressing their demands. Why is that?

Firstly, a lot of European political leaders did not expect climate change to be at the centre of election campaigns. Most of the political parties are simply not technically prepared for that debate.

Secondly, moving towards a zero emission society is a long-term transition that goes beyond the usual political mandate (one or two legislatures). In our democratic system, quick wins or medium-term impact remains necessary to be re-elected. Long-term benefits are not valued. Transitioning to a zero emission society might not be visible or tangible enough and may even entail risks that politicians might not be willing to take. Our democratic system is designed in a way that expects today’s political leaders to take decisions which will impact the future generation at the cost of the current one. To address this issue, some suggest establishing a parliament of future generations. This second chamber would have to incorporate younger generations, who would in turn have a voice on any long-term decisions that a government takes.

A third possible reason that could render political action on climate change difficult is that actions have to be global in order to be efficient. Some argue Europe would have to act first. This is indeed one of the complexities of climate change. While Northern Hemisphere countries are responsible for about 80% of the CO2 emissions in the atmosphere, the consequences of global warming (floods, typhoons, draughts, etc.) are disproportionately felt in the Southern Hemisphere which emits less CO2. Additionally, the Southern Hemisphere will not be able to develop on cheap fossil fuels. This is clearly a matter of climate justice which cannot be easily sold to western constituencies.

Is this gap a question for our democratic system? I do not think so. The current gap between political leaders and youth protests for climate change is instead a symptom of too much distance between leaders and their constituents.  We probably need more democracy than less. Indeed, democracy is not only about elections but also about elected leaders who listen to the voice of the people and are accountable to them. More citizen engagement in public policy and a reduction in the gap between elected leaders and their constituents is part of the solution.