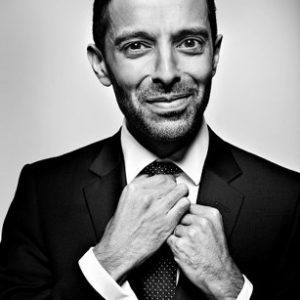 Making a difference in the lives of EU citizens, and then proactively claiming ownership for doing so, will be fundamental in ensuring trust is being rebuilt.

For 19 years now, Edelman has been measuring the currency of trust through the annual Trust Barometer Survey. This year our survey once again examined the state of trust in the four key institutions of state – government, NGOs, media, and business – in 27 different markets. In Europe, this meant undertaking research in the Netherlands, France, Germany, Italy, Ireland, and Spain –  a representative sample of European Union (EU) member states. We also examined the U.K., but as a result of the ongoing debate around Brexit, our EU data excluded U.K.-specific data.

The clear output from our research shows that there continues to be a crisis of trust. Institutions, that were for many decades seen to be the answer to citizens’ problems, are now struggling to establish the trust and credibility citizens are looking for. This trend is even more stark when we divide the population between the informed public* and the general population,** which shows a continued substantial trust gap (2019: 12 percent) in the average trust in NGOs, government, business and media.

This growing divide of trust across the EU is the result of a multitude of events at both macro and micro level. However, the reality of the financial crisis of the late 2000’s and the challenges of dealing with it, coupled with the ease of access to information through social media and the availability of phones, has compounded the problem. Furthermore, a feeling of “not being listened to” and “being taken for granted” has, in some member states, become commonplace. According to the Edelman Trust Barometer, this has meant, that the number of EU workers who believe the system is therefore “failing them” has risen sharply (Informed public 41%; General population 57%) and has impacted trust across both our society and our institutions. The evidence for this can be seen in Brexit as well as in the rise in votes for those previously considered marginal political forces.

Against this backdrop, where are the opportunities for a fightback?

If the health of trust in EU countries is to be restored, or even reinvigorated, then I would say there are three areas of focus that should be taken extremely seriously by decision makers across the EU in business, NGOs, the institutions, and politics.

The first, simply put, is “communication, communication, communication.” Until recently, there had been some reticence to communicate loudly and proudly for actions taken and impacts achieved. To rebuild trust, I would argue you need to do exactly this. In a world where information is currency, the need to communicate directly whether you are a business, an institution, an NGO, the media, or an individual has never been stronger. Be ready to tell your story or be ready for it to be told by others. However, communication alone will not be enough as you will also have to earn the right to be heard in a crowded landscape. Your content will therefore need to be creative, digital, digestible, engaging, and shareable – not an easy feat!

Second, there is a strong need to build consensus and bring together core constituencies. The need for co-creation has never been stronger. The 2019 Trust Barometer highlights the trust between employees and their employers – a relationship which has unparalleled levels of trust with 70% of respondents trusting their employer (NGOs 49%; business 50%; government 39%; media 42%). This necessitates that decision-making be inclusive. Creating shared value, action, and purpose will in turn drive better outcomes. Whether it be around policy, societal change, or business growth co-creation should be seen as a core element to rebuilding trust.

Finally, be brave in defining the future. At a time when the world is transforming around us, people are looking for leadership: leadership on the future of work/employment, the future of our planet/climate, the future of immigration/migration, and the future of what all of this means for us. Faced with such challenges, people now look to their leaders to tackle these future challenges and chart out a vision of what is to come and their role within it. To rebuild trust, we must therefore be brave enough to speak about the future, whilst also articulating how it will impact people’s lives and those of their families. Making a difference in the lives of EU citizens, and then proactively claiming ownership for doing so, will be fundamental in ensuring trust is being rebuilt.