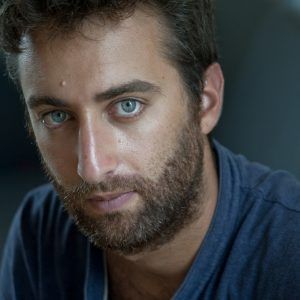 Unless we respond forcefully, our collective future will belong to an alliance of dark money, populism, and the sort of mistrust and division that robbed Europe of someone who did things that mattered.

Underground rivers of money fed by corruption are one of our world’s deadliest flaws. The same networks that allow us to move capital around Europe allow the produce and proceeds of crime to flow just as seamlessly. All the while, justice and law enforcement remain largely ineffective and are being steadily undermined and captured. Journalists attempting to document this are intimidated, locked up, and murdered.

If our institutions want to rebuild trust, they should fix this deadly flaw – a source of huge injustice and inequality. Populist leaders who explicitly target journalists are bad, but they are only degrees away from those leaders who do nothing to overhaul the system that facilitates global crime and corruption, and who ask journalists to continue running straight into the artillery fire. And yet, while making this unbearable sacrifice, these journalists have taught us powerful lessons about how to respond.

One of these journalists was our mother, Daphne Caruana Galizia. She was assassinated in Malta on October 16, 2017, when a bomb placed under the driver’s seat of her car exploded as she rushed to the bank where her account had been frozen by the country’s economy minister. It was the last in a string of attacks she endured for uncovering a web of corruption linking major multinational deals, passport sales, and a sophisticated global money-laundering operation. She tugged on the threads until they brought the full force of Malta’s government crashing down on her.

Pockets of institutional independence in Malta that had survived four years of populism were quashed. A powerful donor to the governing Labour Party filed 19 lawsuits at one go against her, one for every sentence in an article she published about his holiday in the company of a senior tax official. The prime minister, Joseph Muscat, secretly plotted with the owner of a company that sells our country’s passports to bankrupt her by suing for libel in English courts.1 “They’re trying to fry me alive”, our mother said to us. And she, a beacon of hope and courage for hundreds of thousands, was executed in broad daylight.

Robbing Malta of its most trusted journalist has perversely centralised trust in the hands of the powerful people she wrote about. This is why, wherever liberal democracy and the rule of law are crumbling, trust is the wrong indicator to look at. In 2018, Malta fell the furthest in press-freedom rankings in Europe. The country also slipped in democracy rankings and rule of law indicators and leads the field in hate speech. Yet, people still rally behind, and trust, the political leaders who could be implicated in the murder of our mother. They still trust a police force that, on paper alone, is probably Europe’s most ineffective, with an astonishing 90 per cent of all murders over the past decade not resulting in a conviction.2

How can we fight back against this theft of trust? Investigative journalists have banded together in global networks such as the Daphne Project3. They show just how effective investigative journalism can be in forcing greater transparency, undermining criminal networks, and driving up the cost of political corruption for its perpetrators.

But while journalists increasingly cooperate across borders, national law-enforcement authorities are still living in the past. As a result, the impact of investigative journalism varies widely by country. Where law-enforcement authorities are independent from the central government and private interests, and where the public can channel grievances effectively through responsive political institutions, investigative reporting can have an immediate impact on preventing corruption and state capture. This builds trust in both reporting and the institutions of a liberal democracy.

When journalists come under attack, it usually means that the societies within which they operate are so corrupt that their principal law-enforcement institutions and democratic checks have already been fundamentally compromised. This makes investigative reporters the last people left standing between the rule of law and those who seek to violate it. It makes their work both more dangerous and less effective.

Worst of all, the message sent by powerful, populist politicians is this: these journalists are your enemies and we will destroy them on your behalf. When they achieve that goal, they then end up earning more trust from a brutalised public. This is what our mother meant when she said in a private interview 10 days before her murder, that she had been turned into a “national scapegoat”, blamed for the effects of the very problems that she exposed.

The answer to their menace is not to identify ourselves in relation to populists. If we do that, we only become the enemies that they want. The answer lies instead in looking at what props them up: invariably, money laundering and corruption. These are the same tools that organised criminals and kleptocrats use to hoover up weaker jurisdictions like Malta into their service. The right response to this is to create new entities designed to address transnational crime. The launch of the European Public Prosecutor’s Office is a start, but it must be coupled with a European anti-money laundering agency.

Unless we respond forcefully, our collective future will belong to an alliance of dark money, populism, and the sort of mistrust and division that robbed Europe of someone who did things that mattered.