Uganda, why not join the Open Government Partnership? 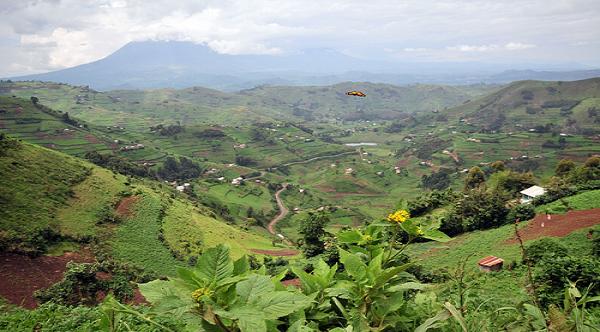 On 29th May 2013, an African Conference on Open Government Partnership (OGP) took place at Serena Beach Hotel in Mombasa Kenya, under the theme of “Taking OGP Forward in Africa”. The OGP Initiative was started in September 2011, seeking to increase openness in government practices or operations. It calls for open, transparent, accountable, participatory and inclusive governance.  Expected outcomes includes  efficiency, citizen engagement in governance of their societies, increased public trust in government operations and above all effective use of public resources for poverty eradication, economic transformation, peace and harmony among many others. To date Africa can boast of only the original five (5) countries – South Africa, Tanzania, Kenya, Liberia and Ghana being members of OGP. Several others are eligible but seem not to be in a hurry to be counted.

The Pearl of Africa, Uganda, has not joined the OGP. Our Finance Minister, Hon. Maria Kiwanuka attended the launch of initiative in United States, but did not commit her government. May be government is still studying the initiative or is not interested, we are just guessing because it has not made any public pronouncement regarding OGP. But for how long can government remain quiet? The two original East African Community member states have joined but we have not; yet  we are very keen to push for a monetary union and political federation. The integration process would make a lot of sense to citizens in these countries if there are common and harmonised government commitments to promote practices such as openness, transparency and accountability.

Government of Uganda attendance at the Mombasa meeting is uncertain, especially with the recent cabinet reshuffle. Hon Mary Karooro Okurut, former Minister for Information was listed among the key speakers, though she has moved to Ministry of Gender, Labour and Social Development. Hopefully the incoming minister Hon. Rose Namayanja can find time to attend or delegate. If it is not to express our readiness to join, at least it will demonstrate our interest to learn from others and “may be” promise to join by September/October 2013 annual OGP conference.

In April 2013, at the OGP meeting in London, several countries including Philippines, Argentina, Costa Rica, Finland, Hungary, Australia, Ireland, Trinidad and Tobago are reported to have expressed their interest to join. Besides Ghana, Kenya and Liberia, there were no additional aspiring countries from Africa. While it is not difficult to guess the reasons behind the lukewarm interest of Africa governments in the open government partnership, their inaction should be an issue to worry the citizens in these countries. The leaders cannot be promising to transform their countries, regions and the continent from peasant societies to middle-income and first class nations in the coming 30-50 years, when they are not opening up governance practices. Let the OGP conference in Mombasa register some more names of African countries promising to join OGP, and one of them should be the “Pearl of Africa”.

This blog originally appeared on the Uganda Open Government Platform