Ambassador Sarah E. Mendelson is Distinguished Service Professor of Public Policy at Carnegie Mellon University and Head of Carnegie Mellon’s Heinz College in Washington DC.  She served as the US Representative to the Economic and Social Council at the United Nations until January 20, 2017. Confirmed by the Senate in October 2015, she was the USUN lead on international development, human rights, and humanitarian affairs. Prior to her appointment as Ambassador, she served as a Deputy Assistant Administrator at USAID from 2010-2014 where she was the Agency lead on democracy, human rights, and governance.

A long time policy entrepreneur, she has spent twenty-five years working on development and human rights as a scholar and a practitioner. Her current work, funded by The Rockefeller Foundation, in collaboration with the International Youth Foundation, centers on growing and supporting the generation that will demand and deliver the Sustainable Development Goals—Cohort 2030—with a particular focus on building peaceful, just, and inclusive societies.

A member of the Council on Foreign Relations and the author of over 70 scholarly and public policy publications, Ambassador Mendelson received her BA in History from Yale University and her PhD in political science from Columbia University. 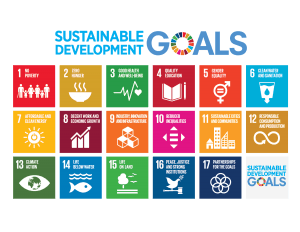 How to Get Beyond the Doom and Gloom: Align OGP with the Sustainable Development Goals

Notwithstanding the airiness of a late spring day in Ontario after a long winter or the charm of the Rideau Canal, the OGP Summit in 2019 was bound to be gloomier than previous ones I’d attended. I was at the…