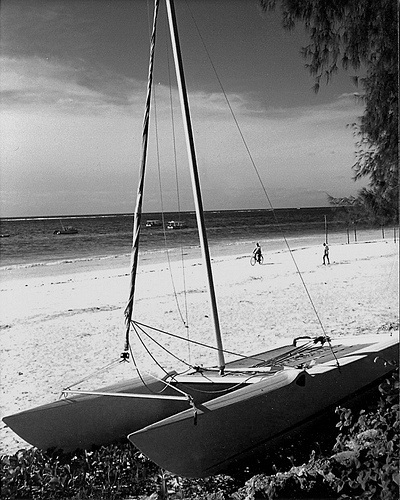 The first Open Government Partnership (OGP) Africa regional meeting was hosted by the Government of Kenya from May 29-30, 2013 at the Coastal City of Mombasa. The meeting aimed at outlining an Africa agenda for open governance, promoting OGP in Africa and sharing and learning from experiences in open governance from different parts of the continent and beyond. Another key objective was to mobilize non OGP member Governments to consider joining OGP.

A civil society meeting organized by the Africa Freedom of Information Centre, International Commission of Jurists-Kenya, the World Bank Institute and OGP Independent CSO Coordinator preceded the main conference. It reviewed progress of OGP on the continent from the civil society perspective and outlined key expectations from the OGP regional meeting. Key among expectations was why Uganda had not joined the OGP despite meeting eligibility criteria. Civil society also wanted to know the OGP eligibility status of countries like Namibia, Zambia, Nigeria, Botswana, Malawi, Sierra Leone, Senegal and Ethiopia. Civil society also wanted to know how OGP relates with African processes like the African Peer Review Mechanism as well as the place of regional Economic Communities like ECOWAS, SADAC and EAC.

The meeting attracted over 100 government and civil society leaders from Kenya, Tanzania, Ghana, Liberia, South Africa, Malawi, Sierra Leone, Uganda, Mozambique, Tunisia, among other countries. There was also representation from other agencies such as the OGP Support Unit, the Independent OGP Civil Society Coordinator, the World Bank Institute, the African Commission on Human and Peoples’ Rights, UNESCO, APRM Support Unit and The World Bank.

The most fundamental outcome of the meeting was a visible and trustful relationship between Government and civil society representatives. Other specific outcomes include:

1.    Dr Fred Matiang’i, Kenya’s Minister of ICT promised that he will ensure that the long awaited Freedom of Information Bill is tabled to Parliament for consideration and adoption.

2.    Hon. Alhaji Alpha Kanu, Sierra Leone Minister of Information and Communications promised that his Government will in the near future get the draft Freedom of information Bill adopted. He also indicated the country’s eagerness to join OGP.

3.    South Africa Deputy Minister of Public Service and Administration, Ayanda Dlodlo called upon African governments to learn from Africa civil society who are networked and keep sharing and supporting each other on OGP in Africa.

4.    Minister Richard Twodong and Director of Information Simon Mayende promised that consultations would be expedited and Uganda’s OGP membership would be confirmed sooner than later.

5.    It was agreed that OGP is an essential platform to strengthen existing mechanisms such as the African peer Review Mechanism through its emphasis on dialogue, inclusiveness and timely action on grand challenges.

6.    The meeting further agreed that OGP should be practically tailored towards socio-economic justice and building an inclusive partnership that African citizens can relate with and truly be a part of.

7.    Civil society from Ghana promised to engage with Government on the basis of the country action plan to ensure that Government commitment in respect of the Freedom of Information Bill is expedited.

8.    Africa civil society agreed that it would be useful to hold a separate regional OGP meeting to discuss OGP and civil society engagement in Africa

9.    The tool http://africafoicentre.org/ogp/developed by AFIC to help civil society monitor implementation of OGP commitments was welcomed. Civil society agreed that following the meeting they would meet at country level to deliberate on the status of implementation and share with the rest of the community through the Africa OGP CSO listserve.

10.    Civil society agreed to support each other in campaigning for eligible but non OGP member countries to expedite joining of OGP. In the same vein they committed to deepen engagement on OGP issues by mobilising other civil society “missing voices” at national level from different sectors.

11.    Civil society participants agreed to facilitate media and public debates about the OGP in their respective countries so that the issue is put firmly on the public agenda, improve public awareness and understanding of it and thereby make it a real issue that citizens in different African countries are engaging, and through this process, contribute to the broadening and deepening of the OGP in Africa.

12. Participants appreciated AFIC for facilitating OGP knowledge-sharing across the continent through webinars, video conferences, listserves and country support missions. They encouraged that these should be continued.

The Africa Regional Meeting has provided an important opportunity for the region to reflect on progress at country and regional level, mobilise other governments and plan for the future ahead of the London 2013 meeting as well as second generation of country action plans.