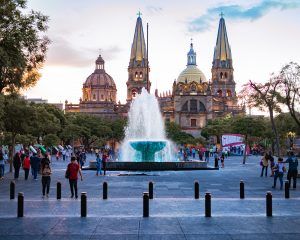 An open government action plan has two expectations: an institutionalized open government and the possibility of solving a social problem previously identified through a co-creation process with society. The objectives of implementing an action plan are to practice the open government principles throughout the process and the results obtained in terms of degrees of openness as well as the results in the promise that each commitment carries; not only because they contribute to building a more responsive government, but obtaining tangible, coherent and useful results determines if open government as a public management practice is in fact an effective alternative to be adopted at a greater scale. Successful experiences in processes and results are a motivational force for public servants to always act according to the open government principles, and for civil society practitioners to trust their government and continue participating in these processes. Following this line of thought, an open government action plan isn’t just a tool to obtain specific results, but it is a spearhead to gradually introduce new management practices and modify attitudes and behaviors in public servants towards a more open public administration, and eventually, a transformation of government structures.

As the state of Jalisco, Mexico implements its second OGP action plan, it’s worth taking a look at the lessons and outcomes from the previous action plan. Jalisco  implemented  its first action plan as part of OGP’s subnational pilot program from 2016 to 2018. An external evaluation of this process was commissioned in 2018 to shed a light on the state of the commitments and what open government achieved, since the Local Technical Secretariat’s dashboard reported results that, according to participants, did not reflect the reality of what was accomplished or the experience they had throughout the process. Considering that the Secretariat’s accountability process focused on accomplishing activities that were agreed upon in work plans, the results of compliance were seen as positive. However, and despite the high percentage of compliance, the commitments did not produce the expected results in terms of a bigger open government approach or implementing the proposed solution to the problem that each commitment was designed to solve. In this scenario, where an action plan does not achieve results but is assessed by implementers as having completed 96% of the goals and activities, the risk of rewarding attitudes and behaviors that are not conducive to a correct practice are often to the detriment of open government as a public management alternative.

Parting from the premise that results obtained by commitments contribute to lay the foundation of a successful experience with open government, and this in turn favors a greater adoption of these principles in public administrations, then this action plan fell short of this objective, since the focus of implementation was not in achieving results nor being closer to open government. This is evident from the design of the commitments and their measurable goals, which focus more on procedure, and their milestones are not conducive to outputs or outcomes expected or gained. Furthermore, the expected outcomes are not clear and can only be inferred by the commitments’ initial description.

There is only one commitment that, according to the external evaluation, reached its goal, delivered results and complies with open government principles. This commitment held co-creation sessions and accountability dynamics with the direct beneficiaries-turned-decision-makers throughout the entire design and implementation process. Out of the seven commitments of this action plan, this is the only one that fulfilled its objectives of opening government through dynamics aligned with the open government principles, thus creating an experience that will allow the development of positive attitudes towards open government.

In interviews with government and civil society implementers, they reflect, in retrospect, how government entities were not always looking to achieve real transformation; on several occasions it didn’t incentivize civil society to participate, or used the space to promote and socialize government projects. These negative attitudes towards what open government stands for were endorsed as adequate the moment the Secretariat classified commitments that didn’t tend towards the expected results as completed, disincentivizing stakeholders to improve the processes or acknowledge and learn from these mistakes.

But not everything is negative: some public servants highlighted the benefits of knowing citizen perspectives and recognized the experience and knowledge they brought to the decision making processes. The Local Technical Secretarial was a platform that was always open to civil society, even when the follow-up processes were not always as such. The seed of openness to citizen participation is now sown and, in the future, more institutionalized forms and mechanisms should be sought to strengthen their position before government decision-makers and create clear rules regarding roles and empowerment of civil society. It would also be important to focus on the participation of the officials implementing the commitments in the decision-making process and in the Local Technical Secretariat, since more than a political or supervisory body, it is a space for co-creation and learning, where the direct experience of implementation could enrich the exercise and obtain better results. Likewise, it will create direct capacities in the officials, and therefore, it would be a first step for the institutionalization of open government principles and practices in the decision-making structure within the participating agencies.

In sum, an action plan should be designed with the intention of rebuilding dynamics, strengthening trust in government and institutionalizing best practices. Without this conscious intentionality between parties to create a new relationship, it will be difficult for the government to open and that this openness be institutionalized as a daily practice in government. If the first experience with open government doesn’t provoke the necessary incentives and attitudes  through obtaining specific open government outputs, but also by showing clear progress towards the solution of the problems each commitment addresses, it will be an agenda that will barely transcend enough to transform public management practices.

Filed Under: Challenges and Solutions, Perspective