From OpenGovData to GovData: Why Germany needs the OGP (and the OGP needs Germany) 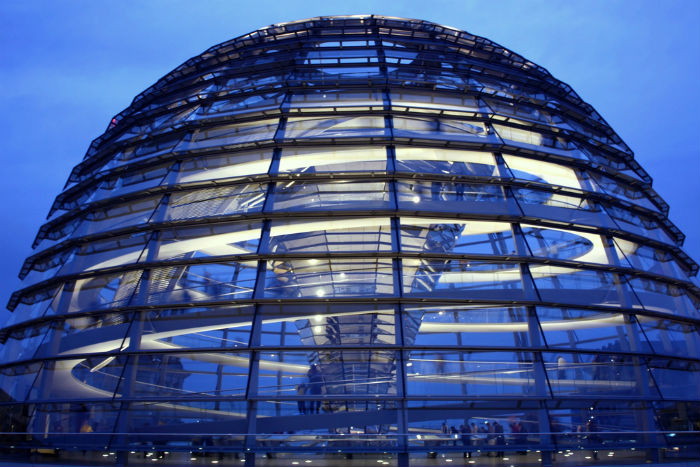 Germany’s official policy on transparency and accountability is lacking commitment and leadership. Disappointed by the political elites, the community is countinuously trying to make the case for true open government as a means to achieving digital democracy. However, the game is not lost – the Open Government Partnership (OGP) could be one part of the solution.

The road so far: German government screws up open data

Last year, the German government commissioned a study on Open Government Data. In the summer, the Interior Ministry announced it would take up one of the study’s core recommendations, and started preparing an open government data portal In the beginning of March 2013, weeks before Germany’s Interior Minister Friedrich plans to officially unveil the portal at the CeBit (German ICT trade show), it became clear that the portal lacks two of the most important things for an open data portal: A coherent and compatible licensing policy and interesting, politically relevant data sets. In other words: govdata.de is not going to be an open portal, according to the 10 principles for opening government information. Consequently, the government removed the word “open” from its title. In the words of politicians:

In order to make the portal’s priorities regarding its content even more explicit, the ‘Open Government Portal Germany’ will from now on be operated under the name ‘GovData – the data portal for Germany’.

(Source: govdata.de) Sebastian Haselbeck’s opinion piece German government screws up open data and the comments under the blogpost give a good overview of the portal’s development and Germany’s open gov track record so far.

The reaction of the open data community: Dropping the word ‘open’ from the national portal’s name and concept cannot be the solution

The community’s representatives issued a joint declaration on not-your-govdata.de outlining why the german GovData platform is not acceptable in its currently planned form (even if the government is at least not open-washing, a lovely apt term derived from greenwashing). The reasons for community criticism are as follows:

One week later, more than 300 people from various backgrounds have signed the statement (http://not-your-govdata.de/en/ – come co-sign!). Considering that the open data community is still small, the signature rate is quite impressive. Instead of convincing other departments and political levels to follow an open policy, the Interior Ministry is setting a fata precedent and is making it easy for institutions to be “lazy” by not undertaking legal efforts to clear their data properly out of convenience.

After the first countries joined to the OGP in September 2011, an open working group on OGP Germany consisting of German NGOs and enthusiastic individuals started working to get the German government to join. However, the German government even puts a unambiguous dampener on the working group’s endeavours. Answering to a minor interpolation put forward by the Green party, the government denied the necessity of the OGP for Germany, stating that an exchange of taken measures on a European and national level is more important than on the global level. The minister’s and chancellor’s statements sounded similar. An open government data initiative between Germany, Switzerland, Austria and Lichtenstein (DACHLi) is meant to distract from these countries’ reluctance to join an international, US-driven knowledge exchange.

We also believe that the OGP needs Germany, too. Looking at Germany’s role in the EU, a decision by Germany to accede to the partnership would probably have a great effect on its neighbouring countries and could add much value to the initiative, increasing the opportunities for information sharing, public participation, and collaboration. To say the least, it would be highly interesting for the global community to learn how the cradle of Prussian bureaucracy is moving ahead in governance reform.

As members of the community, we are tired of just being patient, which we tried to express with the public statement. Open (government) data is an essential part of government transparency, efficiency, accountability and citizen participation – topics which hundreds of thousands of Germans find critically important. As the government does not show enough political will of its own, it is also in the community’s hands to connect the dots better, help the topic of open data come out of its niche and dock onto the larger topics of transparency, accountability and citizen engagement. Form our point of view, the latest events made clear (again!) that Germany needs to sign the OGP declaration in order to promote true open government from a the highest political level.

Disclaimer: Maria Schröder and Christian Heise are both members of the Open Knowledge Foundation Germany which co-initiated the joint statement about the German government data portal. Find and sign the statement at not-your-govdata.de/en (english). Christian Heise is also member of the German working group “Open Government Partnership”.