Making Transparency Visible: an update of OGP in Ireland 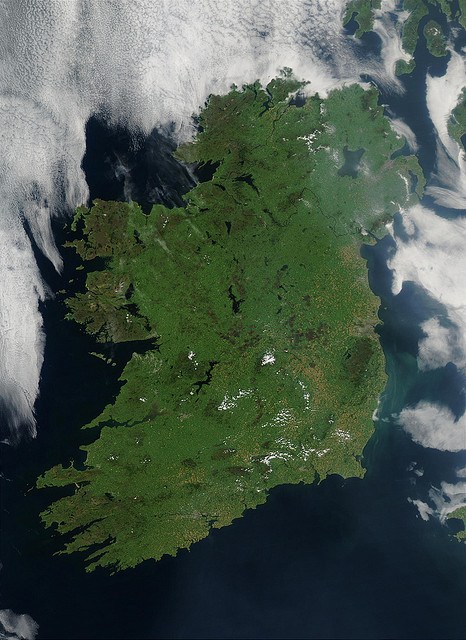 In my previous post on the Open Government Partnership website, I posed the question: ‘Is Ireland closing the door on Open Government?’ At that time I expressed the view that Ireland’s government was uninterested in the benefits of open government.

Now, eight months later, I am delighted to report that Ireland’s position on OGP has changed considerably.

On May 20, 2013, our Minister for Public Expenditure and Reform, Mr Brendan Howlin, announced that Ireland has sent its Letter of Intent to join the Open Government Partnership. “I look forward to working with citizens, civil society interests and business on the development of Ireland’s first National Action Plan of commitment required for full OGP participation”, Mr Howlin said. “I hope that civil society and citizens at large will use the OGP as an opportunity not only to encourage greater transparency and to open the doors of government to greater scrutiny but to increase citizen engagement in the reform effort overall.”

Our initial difficulties in attracting interest from the State were overcome through perseverance. In the interim between my previous blog post and this one, ActiveCitizen and other civil society participants continued to raise awareness of OGP with the government – meeting advisors, ministers and civil servants. We also initiated an on-going series of Open Data Ireland meet-ups: creating bottom-up demand for and awareness of Open Data and building communities of interested people from diverse sectors.  It has been a challenging process but one that delivered some valuable lessons on identifying and engaging with key networks. Once the government was fully informed about the economic and social benefits of OGP, they engaged with us positively and openly. This constructive and receptive engagement makes us hopeful of a meaningful and effective OGP process.

As the government’s attitude towards OGP became more favourable, a diverse group of civil society agencies and interested citizens coalesced and, working with state officials, we devised a plan for implementation of OGP in Ireland.  As in other countries, Ireland’s implementation will be tailored to specific local factors. An unusual aspect of Ireland’s OGP process is that the government is selecting and funding an OGP Civil Society co-ordinator. We were uneasy that this role was to be filled by a state-paid appointee however we could see no other route to funding this position which is essential to kick-start the process. The state will appoint Ireland’s civil society coordinator for an initial three-month period and we congratulate Transparency International Ireland which has been contracted by Department of Public Expenditure and Reform to act in this role.

It has been agreed between civil society stakeholders who participated in the process thus far that Ireland’s first Action Plan will be submitted at The Open Government Partnership Annual Conference on October 31, 2013 in London. The current working plan is to build an open government network with a voluntary steering committee; the OGP co-ordinator liaising between the network and government departments. We have worked hard to ensure that the process will be open for all citizens’ participation.  We have taken into account the lessons learned from experiences of other OGP participating countries: we will expect feedback and reasons regarding all unimplemented proposals and we are compiling a long-list of items which will not be included in the initial Action Plan so we may address them in the next.  (See Dolar Vasani’s excellent “Formative Experiences” report for the OGP Civil Society Hub.)

It is our aim that the OGP process will connect people who share common goals and objectives so that they may develop policy initiatives in partnership with government. The process must support members of society who, if enthusiastic and effective, will attract more people in their communities to engage in active citizenry through OGP participation. Our vision is that multi-disciplinary/multi-stakeholder and topic-specific working groups will be formed to address certain action plan items, and these groups will meet with relevant government officials – this model is similar to that employed in the US. The working groups will utilise data to inform and mobilise popular constituencies which will contribute to government policy in health, energy, education, public safety, global development, corporate accountability and finance.

We see joining OGP as an historic step towards a more open, inclusive and participatory Ireland. We look forward to an ambitious action plan which will stretch government practice beyond the current baseline. And in the longer term, we anticipate that the OGP process will act as an agent for change, effecting substantial cultural reform and mutual trust in and between government and citizenry.