OGP and the EITI – Creating a transparency circle 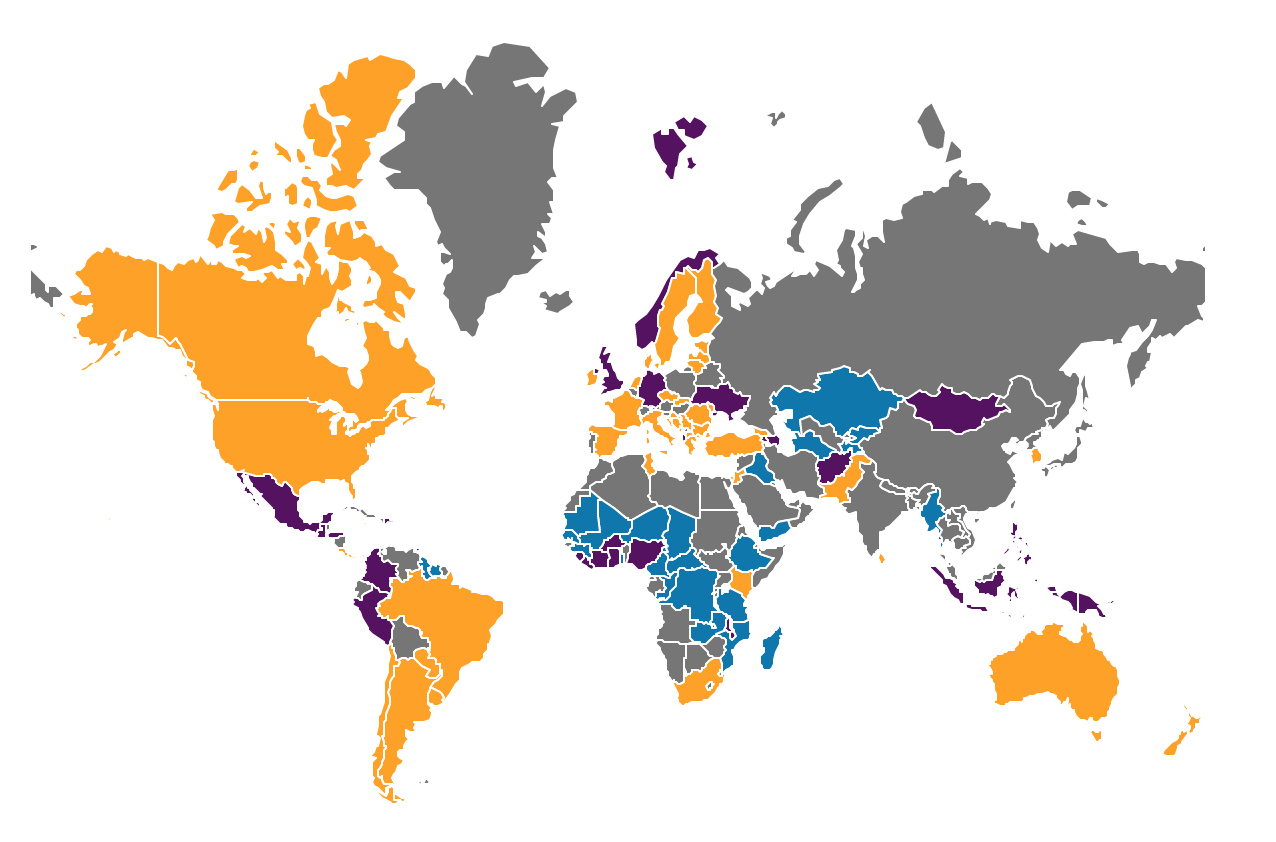 (To see the full Memorandum of Understanding between OGP and EITI, click here.)

Since its inception, the Open Government Partnership (OGP) has encouraged its resource-rich members to commit to joining the EITI. NRGI carried out a review of commitments made under the EITI and OGP in 2017 and found that 7% of all OGP commitments were related to the extractive sector. Since then, points of collaboration have increased as new issues have come to the fore, especially beneficial ownership, open data, and E-government.

The EITI Standard offers a targeted approach to improving governance in the extractive sector. OGP works beyond the EITI’s focus on extractives at the wider governance environment. Similarly, many of the reforms that have been implemented by EITI countries in the extractives have been leveraged into other sectors – Liberia, for instance, has included fisheries and forestry as part of their reporting. These positive feedback loops are creating a virtuous cycle of reinforcing reforms in and between countries.

Tackling anonymous companies – The EITI was one of the first organisations to seek tangible ways to disclose beneficial ownership when it agreed new disclosure requirements in 2016. As the full scope of the challenge has become clearer, OGP has been working alongside the EITI, getting more countries to sign up to disclose hidden ownership and developing best practice. Beneficial ownership transparency is a particular challenge in the oil, mining. and gas sectors. In Indonesia, stakeholders are considering how early lessons from the EITI process could feed into Indonesia’s new 2018 OGP action plan. The Indonesia EITI beneficial ownership roadmap included strengthening the legal framework by determining reporting obligations for politically exposed persons. In the same vein, at the EITI Open Up Ownership Conference in Jakarta in October of last year, OGP participated alongside government officials and the world’s leading experts to share best practices on beneficial ownership disclosure.

Harnessing technology and open data –The EITI is assisting countries to move from pdf reports to electronic reporting. EITI countries are committing to systematically disclose extractives data online. For many countries, this is the first government data that will be published online.

The following countries have made e-governance commitments under OGP that relate specifically to extractives: Albania, Armenia, Dominican Republic, Germany, Indonesia, Liberia, Mexico, Mongolia, Nigeria, Philippines, Sierra Leone, Tanzania, Trinidad and Tobago, Mexico, and the UK. The list of OGP–EITI countries with e-governance commitments is longer. The EITI and OGP will be working together to help catalyse and implement commitments to improve transparency in government and company systems.

OGP and the EITI’s work plans and objectives are set and driven primarily by countries. Looking ahead, both organisations have committed to help countries improve transparency in state-owned enterprises. This is a key concern for many countries including Afghanistan, Argentina, Chile, Ghana, Indonesia, Mexico, Nigeria, and Ukraine.

Contract transparency is of equal importance to EITI-OGP countries, with Cote d’Ivoire, Honduras, Malawi, Mongolia, and Ukraine all making commitments to disclose contracts under OGP. The EITI provides a framework and dialogue for contracts to be published.

Transparency, openness and tackling corruption are frequently cited as key priorities by leaders and governments. The EITI and OGP will continue to collaborate and support reforms.

There are dozens of events taking place around the world for opengovweek, the EITI Regional Director for South East Asia, Gay Ordenes will be in Manila for  the OGP Week to facilitate a session titled: Exploring new commitments: Beneficial Ownership in Extractives Deputy Head, Eddie Rich, is speaking on a webinar panel on Using OGP Action Plans to Raise the Ambition of Natural Resources Governance Reforms. Country manager, Oliana Valigura, is speaking in another webinar on Using OGP to Advance Anti-Corruption Reforms in Asia and the Pacific.

For details of these discussions and other events, follow us on twitter @eiti.org and at hashtag #opengovweek, or visit OpenGovWeek.org to find out more.