Open Government in the Rural Areas of Azerbaijan 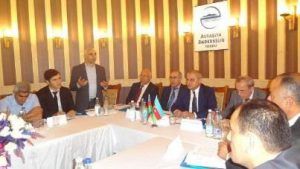 We are happy to announce that nongovernmental organization “Umid” Support to Social Development Public Union (UMID)’s “Initiative for the ‘Promotion of Open Government’ at Local Level”, was approved by the Eurasia Partnership Foundation (EPF) and will be implemented within the framework of the “Human Rights, Democratization and Good Governance Promotion in Azerbaijan” program and funded by the Ministry of Foreign Affairs of the Kingdom of the Netherlands. UMID has been supporting the mobilization and institutional development of more than 300 communities in Azerbaijan for over 20 years.

In accordance with the and OGP National Action Plan plan, an event entitled “Initiative for the ‘Promotion of Open Government’ at Local Level” was held in Sabirabad, the largest rural district of Azerbaijan, on 19 May 2017. It was attended by officials of Sabirabad, Saatli, and Imishli ExComs, representatives of local government bodies, NGOs, ExCom representatives from 13 communities, and members of Municipalities and Community Development Councils.

The awareness rate of the OGP project and NAP is 25% and mostly includes the representatives of Territorial ExCom and NGOs. These respondents stated that they get their information largely from the media. Improvement of e-services is one of the main tools to ensure transparency and prevent corruption. It’s determined that 44% of those surveyed use e-services and are aware of them. Payment terminals have been installed in 2 of fifteen surveyed communities. Such devices are mainly located in regional centers and big settlements. The awareness rate of the Open Government Portal is about 16%. Additionally, nearly 18% of respondents reported using the mobile interface of the government agency websites. 24% of respondents said they are partially informed of the “Government and Civil Society Dialogue Platform for ‘Promotion of Open Government’, its objectives, role, and operations; 30% said they are aware of Public Councils and their operation; 90-95%  were familiar with the operation of NGOs and community-based Organizations established for project implementation by other community agencies and 80% of respondents said reports are given to voters by municipalities. Citizens can also find information about municipal operations from different places, including coffee houses, funeral ceremonies, and other meetings.

We recommend the following activities to support the implementation of the OGP National Action Plan: 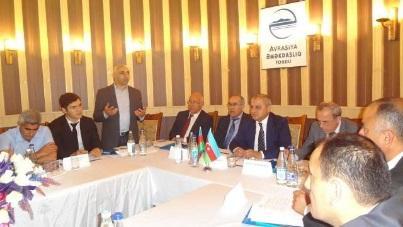 At this event, Zaur Ibrahimli, Vice President of the Konstitusiya Research Foundation, presented the “Rules of Procedure of Initiative of Commencing the Promotion of Open Government at Local Level” and provided a Memorandum of Understanding. These documents were then adopted after receiving a majority vote. As a result, the “Government and Civil Society Dialogue Platform for the ‘Promotion of Open Government’’ at the local level” was formed, thanks to the participation of four local NGOs, six state bodies, five local Municipalities and eight Community Development Councils. This new platform will help draft the Action Plan to ensure citizens’ active participation in the decision-making process, increase accountability and transparency within local government bodies and municipalities, and improve access to e-services for local communities, all within a month.