Restoring Resilience: Some Thoughts on Current Challenges Faced by European Democracies and Possible Answers to Them 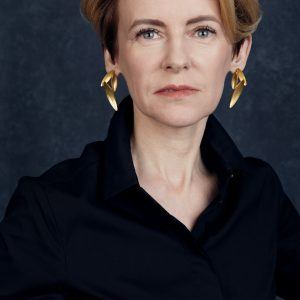 Maintaining the integrity of political parties is a boring but absolutely necessary element to regaining people’s trust in democratic institutions.

Challenges undermining the resilience of our democracies: a European perspective

When speaking of the threats to our democracies in the 21st century, it is important to clearly identify which aspects of democracy are under attack. From a European perspective, the most threatened aspect of democracy is its liberal character. As pointed out a few decades ago by Giovanni Sartori,1 what we call democracy in the western world is in reality liberal democracy, as its historic development has been inextricably linked to the understanding of individual rights that have to be protected by the state, to the separation of powers, and to the rule of law. When democratically elected politicians exhibit authoritarian leanings, or when the media calls for limiting the rights of persons holding minority views, be it on Brexit or on immigration, democracy is under threat, even if the majority of the population temporarily see no reason to worry.

Given that democratic countries all over the world are facing profound changes related to labour markets, demographics, and climate change, answers provided by mainstream politics are not always adequate and are often incomprehensible. Once again, our democracy is vulnerable to the lure of simple and aggressive answers to society’s problems. Its resilience is undermined by authoritarian tendencies both inside and outside the European Union (EU). Authoritarians see robust multilateral systems, such as the EU, as an obstacle to consolidating their power around a national base. This in turn explains the increased frequency and vigour with which the EU is attacked as enfeebled, distant from the concerns of the masses, and decadently globalist.

Media reports concerning Russian state sponsorship of right-wing populist leaders in Europe suggest that Vladimir Putin’s administration places considerable support with forces pitting the populations of EU countries against ‘Brussels’. Within Europe, populists with a pronounced authoritarian bend – claiming to have mandate from the people that supersedes that of their opponents – capture the attention of the media by what is framed as bold and unconventional critique of the establishment or global elites. The word ‘Brussels’ itself is, in this context, an ideological shorthand for what is assumed to be the bureaucratic and inscrutable power of the EU institutions. While not all critique of EU bureaucracy should be dismissed out of hand, it is important to identify manipulative strains in its use by politicians whose agenda is not necessarily compatible with liberal democracy. The European institutions are currently an obstacle in the way of some national leaders’ quest to consolidate power by sidelining possible opposition in civil society, in the media, and in the judiciary. Their relevance is demonstrated by the vitriol of the attacks against them. Take Viktor Orban’s anti-Juncker campaign, in which the Hungarian leader attacked the President of the European Commission while lobbying EU governments and parliaments at the same time to reduce support in the Council in favour of activating Article 7 against Hungary.

Ideas for the fightback

One of the answers to the threat faced by our democracies must lie in strengthening democratic multilateral actors – such as the EU – by adding life and conviction to the current technical functioning of their institutions. This is not an easy task given the complex nature of these institutions, but venues for more engaging communication exist. European election campaigns are a good starting point for arguing the case for a strong and vibrant European democracy. This does not go to say that such campaigns will always carry the day. The recent competition for the European People’s Party Spitzenkandidat is a case in point. Despite a well-stated case for an open, competitive, globally connected, and modern Europe, Alexander Stubb of Finland lost to Germany’s Manfred Weber – a less outspoken but more institutionally well-heeled candidate. Nonetheless, Stubb’s campaign inspired those who wish for an active, robust, and democratic Europe on the world stage.

Another answer, at the national level, is in re-invigorating mainstream party politics and parliamentary democracy. Political parties and parliaments do not enjoy particularly high levels of trust in most democratic countries.3 One of the reasons may be their distance from the everyday lives of voters; another being their reputation as the cronies of lobbyists. Maintaining the integrity of political parties is a boring but absolutely necessary element to regaining people’s trust in democratic institutions. One way of doing so is by reducing the influence of private donors and increasing public funding. Another way is via adequate and modern communication, which still remains puzzlingly difficult for many mainstream politicians, much to the delight of the Farages and Le Pens in our midst.

Yet, the strengthening of existing democratic institutions alone may not be enough to do the trick. Frighteningly for many, the shape as well as the content of public political debate has been irretrievably transformed by social media. Although critics of current political communication often point at its obvious failings, such as a lack of civility, fewer people dare to attack its deeper structural inequity. Due to the algorithms of commercial social media, we increasingly only see only opinions similar to our own.

This is a high-stakes issue since common debate with our opponents rather than habitually mocking or demonising them is a prerequisite for the survival of our liberal democracies.