The Crisis of Representative Democracy Asks for Education-Based Solutions 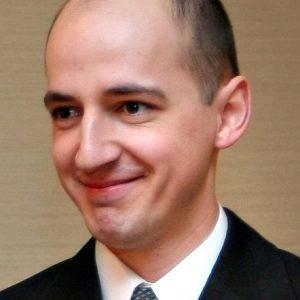 Education “on” and “for” democracy should be done consistently, from primary school through to university.

Rarely has representative democracy come more under scrutiny than in current times. Both in Europe – where democracy took shape and evolved from a philosophical concept to an institutional type of arrangement – and in the United States – where, arguably, modern representative democracy acquired its grass-roots dimension – fundamental elements of democracy are being questioned, and even mocked, on a daily basis. It is, therefore, a challenge to draw a line between sound criticism of democracy (an intrinsic part of any regime based on civil liberties) and tolerance of anti-democratic rhetoric and actions. How did we get here? Why are populists thriving? And how can we fix this?

Politicians are rational actors. They pick up on societal cues and exploit them, sometimes cultivate them, in order to capitalise politically on the short and long term. It is a vicious circle. Populism thrives on the dissatisfaction of citizens – leading to either apathy or outright rage – with respect to the elites who receive an institutional face in key institutions and processes of representative democracy: political parties and parliaments.

The low level of trust in politicians is well-known and easy to document. Two distinct cross-national surveys on socio-political attitudes (European Social Survey [ESS] 2016; European Values Survey [EVS] 2018) paint a grim picture of how poorly citizens perceive these institutions. Both samples offer an East versus West perspective. Eastern Europeans consistently trust their national parliaments and parties less than Western Europeans, with dramatic cases such as Slovenia, Poland, and Croatia demonstrating less than 10% trust in parties and 20% trust in parliaments. Romania, which is in neither of the samples, has relatively similar scores. Western countries do not fare much better. Trust in parties is at approximately 50% in Northern-Western Europe, whereas Germany, Spain, and Austria feature well below this threshold. Generally, at least half of the citizens in Western European countries do not trust parties or parliaments. The problem therefore persists regardless of regional specificities. This offers huge room for manoeuvre to anti-democratic narratives and political movements everywhere.

This dissatisfaction with parties and parliaments is sometimes justified. The performance of politicians in public office is often poor and many of them do not perceive the negative impact of their performance on citizens’ perceptions of their institutions*. The key is to shift the focus from how we can replace parties and parliaments to how we can make these institutions function better.

Why should the crisis of trust in the key pillars of representative democracy scare us? Because we do not know any other kind of democracy that can function in practice. There is an encouraging, growing body of research being conducted on “democratic innovations,” directing citizens towards e-tools or increasing the base and the frequency of citizens’ participation, especially at the local level, through town hall meetings or participatory budgeting. However, the fact remains that representative democracy cannot function without the vehicles of representation: political parties and parliaments, connected through free and fair – democratic – elections. As scholars, policy-makers, or traditional and new media influencers, we must contribute to a wider understanding that the relevance of institutions and their role in the democratic architecture of a polity goes well beyond the politicians who temporarily – and often poorly – populate or lead them.

How do we do this? Through education.

The need for “open government” (with parties and parliaments) should be incorporated within political culture and values. In order for open government policies to function, we must significantly increase the level of knowledge and understanding of citizens on the roles and functions of open government in representative, democratic institutional setups. Education “on” and “for” democracy should be done consistently, from primary school through to university. Governments can be pushed to become “open” only when politically educated citizens feel government behaviour does not match their own values and expectations.

We must also add a layer of data skills to education. The current push for the use of data in policy-making can only lead to sustainable results and become successful when the level of data literacy increases for both policy-makers and media, with civil society providing oversight. What is data, how it is ethically collected, and how it is used to elaborate policies and evaluate them should be basic knowledge. Data visualisation and analysis skills should also be included in curriculum planning for all ages, building on the fact that computers and gadgets are now part of our lives from a very young age.

Trust is the foundation of democracy. Democracy requires institutions, power-sharing, checks and balances, and channels for every voice to have a chance at being heard. This in turn explains the complexity, and sometimes the difficulty, of understanding the usefulness of this construction. Without a solid foundation, this construction can easily collapse, in quite a “noisy” way, with consequences that might be foreseen owing to 20th century European history. Without a solid foundation, democracy can only be held together via a consensus of political and economic elites or through some inter-state arrangements – such as the European Union. Both have proved vulnerable or, at best, short-term solutions, often exploited by populists as being “undemocratic.” In the long term, there is no other alternative to rebuilding trust at the grassroots level than through education.