“The Greatest Time of my Life”: Winning the Open Government Awards 2014

Denmark won the The Open Goverment Awards 2014, and winning the awards gave me one of the greatest moments of my life.

To stand in The United Nations Building in New York, to be spoken to and given the award by the Danish Prime Minister, Helle Thorning, and shortly after to be greeted and congratulated by Barack Obama, President of the United States, was definitely a moment to remember and to speak out about. 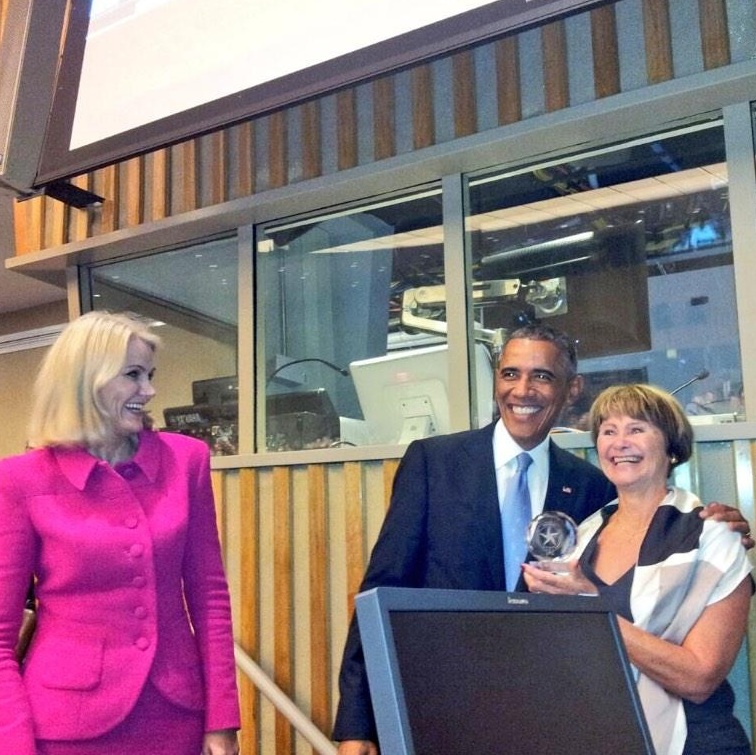 I do hope that the winner of 2015 award will have the same great moment.

Winning the award gave the 98 Senior Citizens Councils (SCCs) in Denmark a boost of publicity and a more respect than they already had. Many of the councils used the opportunity to generate publicity – and a picture with the Danish Prime Minister and Barack Obama and I was to be seen in many local as well as national newspapers.

So the award has given a lot of publicity and acknowledgements.

We – the National Association of SCCs – got involved in the Awards because ”Digitaliseringsstyrelsen” (part of a Danish ministerium) had posted some information on their website. At this point, we did not know anything about the Open Goverment Partnership, which Denmark is part of.

We explained our organisation to the civil servant in charge (which she on her part did not know anything about) and agreed to submit our application. We were chosen amongst all the danish applicants.

The process leading up to the Awards was hard work: Writing an application in English, fulfilling all the extras such as making a video, writing the pitch, validations of claims etc.

We had good help from the civil servant in Digitaliseringsstyrelsen – but it is a lot of work for a small organisation. We learned a lot, and we managed on time.

This year after receiving the Award our organisation has received more work and publicity. We have presented the Award to many Danish politicians and I have answered quite a few emails from other countries concerning Senior Citizens Councils in Denmark, and the way we have given senior citizens a voice.

We might this summer be invited to a conference in Europe concerning ”Mobilising the Potential of Active Ageing in Europe” (MOPACT) – as an example of Best Practice.

I am grateful to Open Goverment Partnership for the Award and I hope that the next winner will get as much publicity and acknowledgements as we did.