Please note that during its September 21, 2016 meeting, the Open Government Partnership Steering Committee upheld the resolution they unanimously approved during their Cape Town May 4th, 2016 meeting regarding Turkey’s participation in the Open Government Partnership.  For more information on the steps leading up to this decision and what it means for the country’s participation in OGP, please see the media briefing.

The following text was contributed by the Government of Turkey. 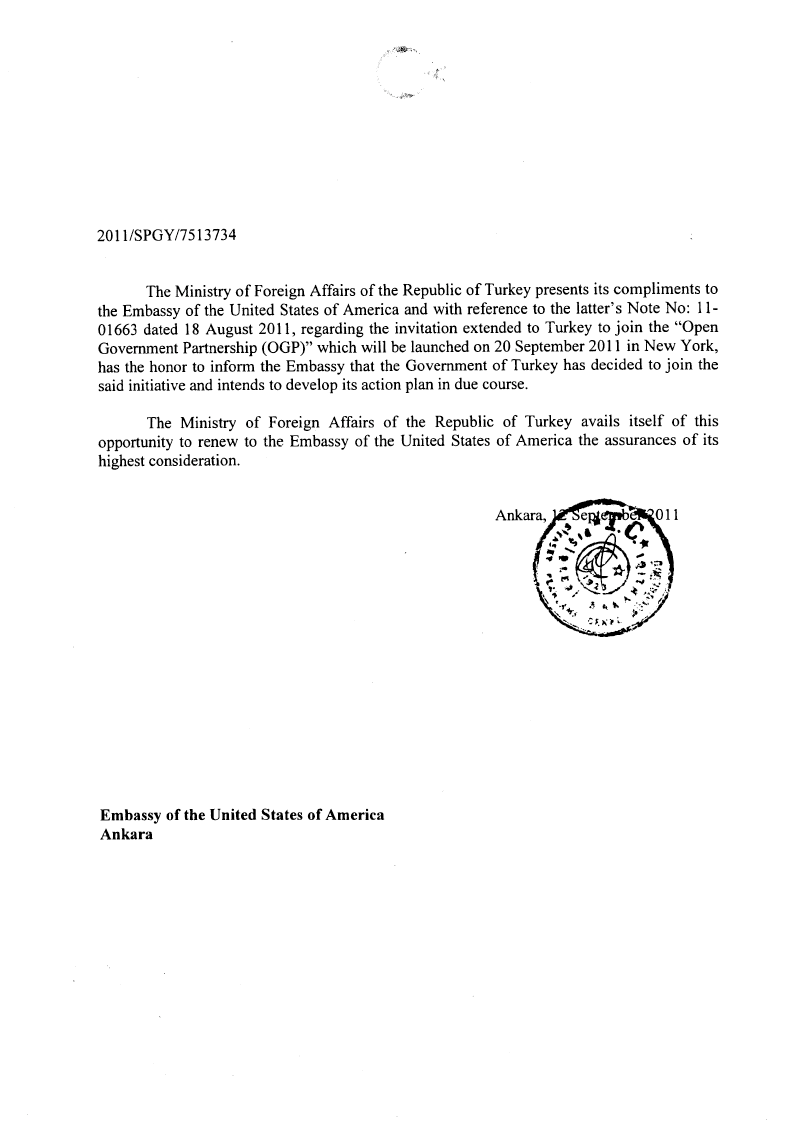 The Government of Turkey has enthusiastically joined the unique initiative of Open Government Partnership (OGP) in order to improve the quality of public services, to enable the participation of citizens and civil society in the policy-making process through OGP principles. However, due to four successive elections within only 21 months; undesirable effects of regional developments, namely the conflict in Syria and the crisis in Iraq, namely the refugee crisis and not the least the increased threat form DEASH and PKK/YPG terrorism, it could not be possible to move forward in this direction. Fortunately, after the establishment of the 64*Government in the aftermath of the November (2015) elections, Turkey reinforced its efforts for its development goals.

On behalf of the Turkish Government, I have the pleasure to inform you that from the beginning of the last quarter of 2015, Turkey took significant action for a more transparent, accountable and open government. During the G20 Summit held in Antalya on 15–16 November 2015, many deliverables were submitted to the Leaders by the G20 Anti-Corruption Working Group, whose Co-chairs were Turkey and the USA. On 10 December 2015, the Action Plan of the 64* Government, which was prepared with a distinctive reformist approach was announced to the public. On 23 April 2016, a new Anti-Corruption Action Plan was approved by the Ministerial Commission and will be published in the Official Gazette as the Prime Ministry’s Circular in the coming days.

In parallel with all these developments, we would like to reinitiate our OGP process with full enthusiasm. I therefore inform you that we have already started the preparation of a new and more comprehensive action plan for the OGP process and are planning to put it into force before our due time, approximately at the end of June. I should mention at this point that we were informed of a high-level visit from OGP and were preparing to communicate the above stated developments, learned however that the visit could not take place. Nevertheless, I would like to once again reiterate our determination to move forward with the OGP process.

We deeply appreciate your valuable support and consideration.