Five reasons to have an OGP Week

Seventy governmental officials, experts from civil society, and academia discussed thematic issues such as open data, participation, open education, transparency, and the fight against corruption in eleven panel discussions throughout the week. Furthermore, almost 400 participants watched 22 presentations of good practices, attended 3 workshops, and experienced how to engage in the legislative process and how to “blow the whistle.”

Such events are useful, in spite of the logistical and operational issues involved. Why? Let’s lay out five reasons:

Feedback and exchange of opinions takes place on two parallel levels – among those discussing in panel discussions, but also among the audience and participants in discussions.

There is a general feel that the government is gradually moving further away from citizens – that their opinions and needs are not taken into account. In Slovakia, intellectuals from the capital city of Bratislava are often labeled as “Bratislava coffeehouse,” indicating that they sit in coffeehouses all day doing nothing but talking. Moreover, the gap between the capital and other regions in Slovakia is growing – while Bratislava drives the GDP, and focuses on issues like open data or IT solutions, people in other regions deal with more “down-to-earth“ but crucial issues, such as high unemployment.  Zuzana Wienk, a member of OGP Steering Committee for the Civil Society, summarized this state during the opening discussion: “It is easy to talk about human rights when our feet are warm.”

Other than the work of well-established NGOs – which are, in most cases, partners to the state institutions in the legislative process – ordinary citizens have limited opportunities to discuss their issues or to provide feedback to high-level state officials. The point of open government and OGP Week is to bridge the gap between the two worlds of government and ordinary citizens, and allow them to meet at the same place at the same time – even if it meant that we sometimes sat in uncomfortable silence after civil society directed tough questions at our government colleagues. While the state aims to adopt policies which are in line with open government principles, these do not translate into direct, immediate benefits for citizens – which creates the space for asking tough questions. Not to mention that civil society experts on the panel discussions had sometimes totally different opinions on the same matter.

Well-managed discussions and workshops in creative, free, and open atmospheres always generate good ideas that need to be developed and implemented.

When preparing and designing the discussion for OGP Week, we invested a lot of time into securing balance between the view of the state vs. the view of civil society or academia. Discussions generated new ideas and even concrete steps for government and civil society on topics such restoring citizen trust in government or assisting municipalities in publishing open data.

Moving forward with innovative ideas is  only possible when both government and civil society sit together at the same table and the opinions of all relevant stakeholders are taken into account.

The state sector is often frowned upon, and stereotypes about working for a government institution still persist in Slovakia. OGP Week created the perfect opportunity for busting these myths and showing that even in government institutions, many ambitious and skilled people want to move things forward!

One of the best ways for busting myths and stereotypes is through the confrontation of two opposite worlds. During OGP Week, we created space for leaders from government institutions, as well as civil society, to exchange their ideas and opinions. The ball is now in their court to use this “nudge” and channel it into fruitful cooperation – developing policies, brainstorming solutions, or just starting a discussion.

Even those in the audience who were not as informed about the state’s open government activities were pleasantly surprised. The informal and less-official manner of government leaders towards the audience made things even easier.

OGP Week opened various opportunities for networking between participants and the audience, which we believe will foster further cooperation in topics related to open government.

For one week, all eyes were aimed at us, but more importantly, at the ideas of open governance.

In light of the myriad responsibilities of government institutions, positive promotion often falls by the wayside. However, communicating OGP topics in a friendly and understandable way should be given more importance.

OGP Week was filled with expert presentations, discussions with government leaders, and workshops that helped us to focus the attention of both experts and the general public on the topics and challenges of open government.

A well-balanced and interesting event agenda, cooperation with government institutions, universities, and NGOs, and the use of modern technology – all these elements helped to bring ideas of open government closer to society and built up awareness about OGP and its tools.

Open Government Partnership is not just the name of an initiative –  it represents a systematic approach and principle of governance.

After weeks of hard work and organizing, finally D-Day is here. It is important to enjoy the whole week, because the next opportunity is a year away!

To organize an event of this magnitude takes strong nerves and tons of energy. However, once the first day of the week came, all exhaustion disappeared – so we could take OGP Week to the max.

Furthermore, because it is an event for the public, formality must be put aside in favor of improvisation – because things NEVER go as planned.

Those who chose to attend OGP Week during work or free time have one common feature – they are identified with ideas of open governance and want to contribute to this ecosystem. They are open, innovative, and willing to listen and discuss.

And, they have a sense of humor – we all should have fun as well! 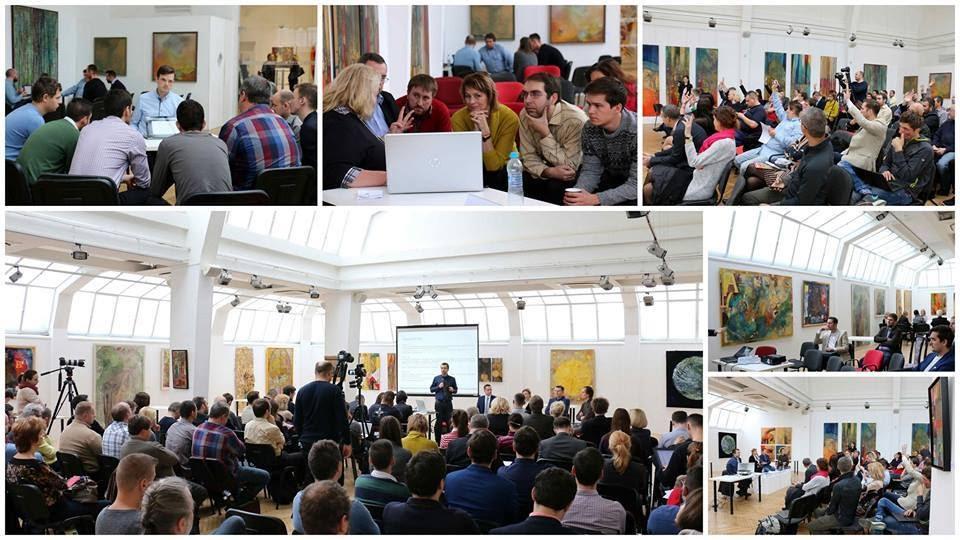