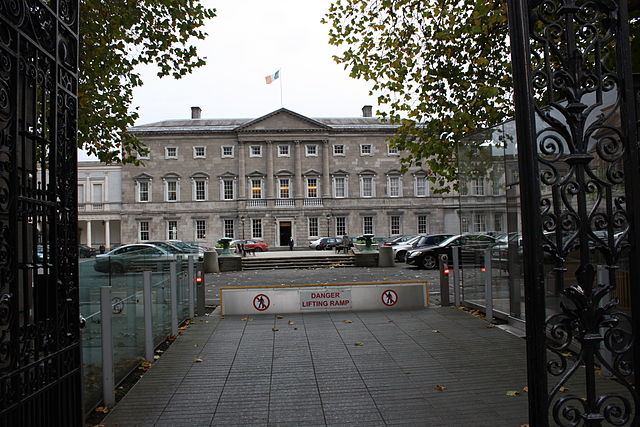 On the international stage, Ireland is very much a country of contrasts:  On one hand, Ireland holds an international reputation as a knowledge economy and as a global technological centre-of-excellence. On the other hand, its government is one of the least progressive exponents of e–Participation in the world, according to 2012 WebIndexReport. Why is this? And what can be done?

Despite Ireland’s success at attracting high-tech multi-national corporations and despite the reputation Ireland rightfully has for its quality of technical graduates, Ireland’s government remains steadfastly uninterested in the benefits of open data and open government. There is almost no meaningful open data on the national level available in Ireland in regards to transportation, healthcare, education, public spending or crime. Furthermore, while the rest of the world celebrated ‘open knowledge’ at the OK Festival in Helsinki, the Irish  government “killed” the only open government initiative in Ireland (kildarestreet.com), by regressing its technical implementation of Oireachtas (Irish National Parliament) records from the international open standard of XML to the proprietary and dated Lotus Notes platform (more here and here).

One would expect, under its current economic circumstances, the current coalition government in Ireland would do all it can to improve the country’s mechanisms of governing. Instead, when presented with the Open Government Partnership argument, our government’s response was to challenge the cost of OGP rather than seek out the most beneficial advantage. Also Ireland has repeatedly stated that it expects to be “officially approached” to join (here and here). ActiveCitizen, an Irish non-profit, was founded to encourage the Irish government to liberate meaningful data in useful non-proprietary machine-readable formats, to facilitate development of civil data-driven applications and to encourage citizen participation in civic and political life, so to improve governance for all. We have been lobbying the Irish government to join the OGP and to work with the civil society on the development and implementation of an Action Plan for making Ireland a more transparent, collaborative and participatory society.

Part of Active Citizen’s campaign is to reach out beyond Ireland to international NGOs and other governments. UK and US OGP-related government departments have been very helpful in assisting us to try to bring Ireland in from the cold. MNC’s such as Microsoft and Google, Facebook and Twitter, HP and IBM, play a key role in supporting Open Data initiatives in the US and in the UK. However, despite the fact that these companies employ thousands of professionals here in Ireland, their role in pushing the Irish government to open up meaningful data is rather passive and limited. The OGP presents Ireland with clear and present opportunities for economic growth, for renewal of social and civic engagement, for permanent restoration of faith in government, and for securing and fortifying Ireland’s global reputation. We are concerned that our country’s current position outside the initiative is damaging, but more than that we are certain that our membership will be of immense advantage to Ireland’s future. We urge the Irish government to join OGP without any further delay and wholeheartedly invite all those who care about the future of our country to join our cause.

You can follow @ActiveCitizen_ on Twitter or via the campaign hashtag #ogpIRL. A full version of this article can be found here.