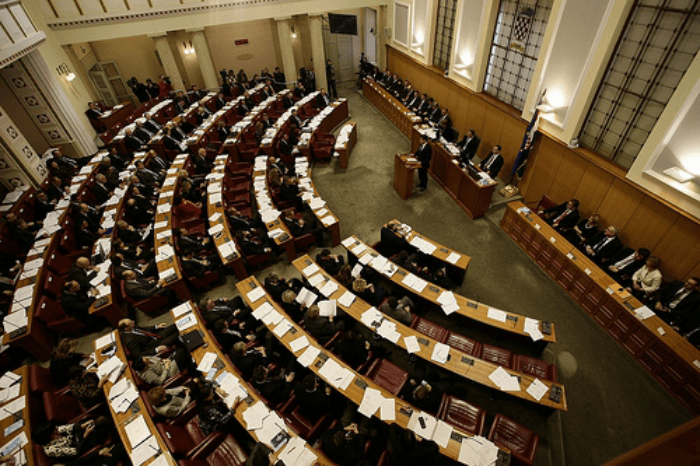 On February 15 2013, the Croatian Parliament adopted a new Freedom of Information Act (FoIA), following a decade of advocacy, public campaigns, research, law amendments and public discussions. During its long-term monitoring of implementation and research on FoIA implementation in Croatia (researches available in Croatian here), active participation in the working group for FoIA amendments back in 2010 and the policy paper of the GONG Research Centre “Access to Information in an Institutional Culture of Secrecy: oxymoron or possibility?” drafted in 2012, GONG identified key challenges of FoIA implementation. We concluded that, beyond the declarative level, the lack of understanding of FoIA as a corruption prevention mechanism among officials and civil servants is the underlying problem, affecting its implementation.

The new 2013 FoIA is a result of almost 10 months of intensive work within the working group of the Ministry of Administration, which included several state institutions, legal experts on public administration and two CSO representatives from GONG and Transparency International Croatia. Croatian CSOs also requested the FoIA amendments to become a part of the Open Government Partnership Action Plan for Croatia, as measures to be fulfilled during 2012. In addition, we advocated for FoIA amendments to be included as one of the tasks for Croatia within the Comprehensive Monitoring Report on Croatia’s state of preparedness for EU membership (2012). Also, FoIA was one of the rare drafts to be sent to the parliamentary procedure with several options and their explanations.

Main features of the newly adopted FoIA include:

1.  A new oversight body – An Information Commissioner, dedicated solely to the promotion and protection of the freedom of information will come into play. The Commissioner will be elected by the Parliament and will be granted immunity similar to that of MPs. Although there was heated debate on this new position, the inadequate position of the previous oversight body, the Data Protection Agency (the Agency), in the institutional set-up has been detected within the GONG annual reports and the official Agency reports on the FoIA implementation. Therefore, it was proposed that a new FoIA additionally widens and strengthens the scope and competence of the independent oversight body. In addition, it was imperative to allocate adequate implementation resources and strongly position the oversight body within the Croatian institutional framework. Furthermore, the new FoIA includes strong oversight mechanisms for the Commissioner (inspection, administrative sanctions, etc.).

2. Full proportionality and public interest test – This test will be conducted by every public body and Information Commissioner, for all FoIA exceptions. Previous FoIAs proscribed that the Agency does not perform public interest tests in cases of refusal of access to classified data, including the business secrets as well, since those are prescribed within the same act as classified data (Data Secrecy Act).  In addition, in cases where access to information has been refused by the highest state institutions (Government, Parliament, President, Supreme Court, Constitutional Court, Attorney General, Army Chief of Staff), an appeal could only be filed directly with the Administrative Court. The court’s practice, however, has shown that the court, instead of performing the public interest test, simply rules that refusal of access to information was based on legal exceptions.

3. Stronger emphasis on proactive publishing of information – In addition, the new FoIA includes stronger emphasis on proactive publishing of information by public bodies, including clear legal requirements of what must be published and additional by-laws on implementation, and enables reuse of information, without costs, for any purpose (non-commercial and commercial). Additionally  education has started in the State School for Public Officials with GONG included as one of the lecturers. GONG welcomed a new FoIA as a first step towards newly framed transparency. Hopefully, a new Information Commissioner will be a person to use the full FoIA potential now ensured by legal and institutional framework. However, there is a need to continue our work in monitoring, research and education – firstly, to ensure a transparent and quality election of the Commissioner, and later to follow the implementation of the new FoIA and participate in educating civil servants and citizens.