One Year On, Afghanistan’s Brave Reformers Must Not Be Forgotten 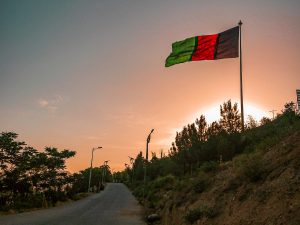 August 30, 2022 (today) marks one year since the United States withdrew all troops from Afghanistan and the Taliban forcibly took control of the country.

In the months leading up to the withdrawal, Afghanistan, a member of the Open Government PartnershipThe Open Government Partnership (OGP) is a multi-stakeholder initiative focused on improving government transparency, ensuring opportunities for citizen participation in public matters, and strengthen... More (OGP) since 2016, was in the process of developing a roadmap for co-creating its third OGP national action planAction plans are at the core of a government’s participation in OGP. They are the product of a co-creation process in which government and civil society jointly develop commitments to open governmen.... Concerns about the impending U.S. withdrawal timeline, the politically fraught peace processes, and the security situation had been building for months. All amidst a global pandemic that had laid bare the appalling insufficiency of the healthcare system and the economy to take care of the most vulnerable in Afghanistan, as elsewhere in the world. But reformers in government and civil society were still determined to come together, join forces and collaborate in advancing government openness.  They were working on co-creating their third OGP action plan, despite the challenging backdrop.

Making OGP deliver was an ambitious goal at the best of times in Afghanistan. In hindsight, the events leading up to August 30, 2021 represented a tipping point in the breakdown of the values underpinning OGP – transparencyAccording to OGP’s Articles of Governance, transparency occurs when “government-held information (including on activities and decisions) is open, comprehensive, timely, freely available to the pub... More, accountability, and participation – at all levels. Between Afghanistan and the West. Between the Afghan state and its people. Much has been said and written about the insidious role played by corruption within the Afghan state, and the mismanagement of foreign and security assistance by Afghanistan’s bilateral and multilateral partners and government alike, which left the country vulnerable to the collapse the world witnessed (see here for example). But single narratives are dangerous, with real-world consequences. Ignoring the calls by civil society to the international community to pay attention to the corruption and mismanagement has come at a cost that most cannot begin to fathom.

Yet, what is documented and spoken of far less is the story of brave Afghan reformers in civil society and government that had spent the better part of the last 20 years trying to build a better version of their country. They dreamed of a different, more hopeful vision for Afghanistan and strove relentlessly to accomplish that vision with everything within their means.

We see glimpses of that story in what Afghanistan tried to accomplish in its OGP action plans. OGP’s Independent Reporting Mechanism, in its implementation report for the first plan for 2017-2019, found that, despite a fragile security situation, government and civil society collaboration had yielded significant results in areas such as open contractingA transparent procurement process, known as open contracting, increases competition, improves public service delivery, and ensures governments better value for their money. Technical specifications: C... and citizen monitoring of road infrastructure projects. Citizens were able to conveniently view a range of information on the public procurementTransparency in the procurement process can help combat corruption and waste that plagues a significant portion of public procurement budgets globally. Technical specifications: Commitments enhancing ... cycle. At the end of 2018, the public could access 75 percent of procurement information. Similarly, for the first time, a responsive platform was established whereby citizens could engage and express their opinions and concerns to relevant government officials on infrastructure projects that would affect their daily lives. Of the 13 commitments in that first plan – spanning a range of other areas such as healthcare, educationAccountability within the public education system is key to improving outcomes and attainment, and accountability is nearly impossible without transparent policies and opportunities for participation ..., urban renewal – five were completely implemented and seven were substantially implemented.

Afghanistan’s second OGP action plan similarly had noteworthy commitments on revising their local governance law in partnership with civil society, adopting beneficial ownership transparencyDisclosing beneficial owners — those who ultimately control or profit from a business — is essential for combating corruption, stemming illicit financial flows, and fighting tax evasion. Technical... legislationCreating and passing legislation is one of the most effective ways of ensuring open government reforms have long-lasting effects on government practices. Technical specifications: Act of creating or r..., and expanding participatory budgeting at the national and local level. Importantly, in a country where womens’ rights were still nascent, many brave activists fought for them. Their efforts resulted in commitments to establish a High Council for Women and a national women’s empowerment plan. And, in 2021, Kandahar and Herat joined  OGP Local, helping advance the goal of taking open government to the subnational level, closer to where citizens interact with the state.

Beyond these commitments, what was truly impressive was the significant improvement in the co-creation processCollaboration between government, civil society and other stakeholders (e.g., citizens, academics, private sector) is at the heart of the OGP process. Participating governments must ensure that a dive... between some government officials and civil society, with civil society playing a much bigger role in the second action plan. In an environment of historically low trust, this mattered. It stood as testament to the willingness of reformers in government and civil society to work together, against the odds and despite the frequent setbacks.

Of course, one could argue that reforms did not run deep enough or still amounted to too little, too late. But that ignores the multi-generational effort it has taken for such reforms to take root in any country, let alone one fighting to survive. The impact of the domestic and international forces playing out in Afghanistan could never have been addressed by open government principles alone. It is important to remember, however, that there have always been incredibly brave reformers in Afghanistan throughout its checkered history, pushing for progress and fundamental human rightsAn essential part of open government includes protecting the sacred freedoms and rights of all citizens, including the most vulnerable groups, and holding those who violate human rights accountable. T..., as the games of great powers have unfolded across its  beautiful and rugged terrain.

One year on from that fateful day last year, the world seems to have moved on to other crises and priorities. With generous support from OGP governments: in particular North Macedonia and Canada, but also Georgia and Sweden, and several of our civil society colleagues across these countries, OGP was able to help a small group leave the country last August and eventually resettle outside of Afghanistan.  But thousands more in need of assistance remain behind or in limbo in neighbouring countries. They face grave dangers to their lives and livelihoods and that of their families – and many have already made the ultimate sacrifice, laying down their lives for the very ideals that we in the open government community hold so dearly. Almost every week, the OGP Support UnitThe OGP Support Unit is a small, permanent group of staff that work closely with the Steering Committee and the Independent Reporting Mechanism to advance the goals of the Open Government Partnership.... continues to receive messages from our core community left behind with pleas for evacuation and assistance, describing the consequences they otherwise face. Every day that passes, the situation worsens. News of the catastrophic humanitarian crises unfolding in the country seems to hit the occasional headlines, without proportional action.

Our friends and colleagues continue to make their appeals, hoping their voices will be heard. Their asks are clear: they are calling on OGP governments to include Afghan open government reformers in their resettlement efforts, secure guarantees for their protection, and find ways to resolve the humanitarian crisis. For the vast majority, leaving is and never was an option, and they carry on hoping and striving for another shot at remaking a different future for the country, and continue to ask for support from their international colleagues.

All the Afghanistan content on the OGP website has been scrubbed clean based on the recommendations from digital security experts to protect the identities of Afghan reformers associated with OGP. This content has temporarily disappeared, but the stories must never.

We worked hard to fulfill the values ​​of open government in accordance with the commitments we made, we all tried to simplify the procurement processes, make the people aware of the procurement processes, we made the administration accountable to the people. The administration was obliged to be accountable for its activities to the citizens. For the first time, we were able to prepare the municipal budget based on the needs of the people. We defended women’s rights at the city level in order to prevent corruption.
Unfortunately, everything was destroyed by the attack of the Taliban group, but we are under threat.

We worked hard to combat against corruption, follow human rights rolls, defended the women rights. Made policies for women to have safe jobs in a traditional country who the women didn’t permit to work and get education.
We appreciate our colleagues in OGP to worked with us as a team for building an acceptable democracy in Afghanistan together.
But our all desires became 0. We lost our country.

With the fall of the republican system in Afghanistan, achievements such as civil rights, freedom of expression and freedom of the media, strengthening of civil institutions, human rights activities, etc. were the results of joint efforts of Afghans and the international community with the cost of billions of dollars, are now destroyed.
The progress made over the past 20 years in areas such as access to education and equitable representation of women and girls in Afghanistan has now been dashed. Progress in access to information, accountability, transparency, quality policies, and public services for the benefit of the people and citizen participation in national decisions without institutionalization is now completely lost.
But we will return to establish justice, we will continue the civil struggle and we will not let Afghanistan be deprived of civil values. We will return the values of open governance to Afghanistan and we will win.